The 25 Technology Innovation Hubs (TIH) set up across the country through the National Mission on Interdisciplinary Cyber-Physical Systems (NM-ICPS) are boosting new and emerging technologies to power national initiatives in key areas. They are bringing out several technological solutions for people-centric problems. Several technologies and technology platforms established under the mission have helped push impact in multiple sectors.

A total of 496 technological products, including 46 new technologies, have been developed through these TIHs. They include the first-of-its-kind Internet of Things (IoT) device that monitors ambient temperature during the transportation of vaccines, including Covid-19, medicines, blood samples, food and dairy products, meat products, and animal semen developed by researchers at the IIT Ropar Technology Innovation Hub - AWaDH and its startup ScratchNest.

Besides, a team of scientists from IIT Bombay has developed tapestry method for screening COVID-19 under Remedial Action, Knowledge Skimming, and Holistic Analysis of COVID-19 (RAKSHAK), an effort supported by the Technology Innovation Hub (TIH) at IIT Jodhpur.

An AI-driven platform that helped Chest X-ray interpretation of images sent over WhatsApp was developed by ARTPARK at IISc Bangalore. It brought early intervention through rapid screening of COVID 19, aiding doctors who have no access to X-ray machines.

A consortium launched by IITM Pravartak Technologies Foundation and five other entrepreneurial start-up companies in the deep tech and engineering domain have been established Under the mission I-STAC.DB - Indian Space Technologies and Applications Consortium Design Bureau.

The TIHs have also led to the establishment of 13 Technology Business Incubator (TBI), 54 Start-ups & Spin-off companies, and the creation of around 928 jobs. 2024 Human Resource Development activities, including 1083 Skill Development programmes, have been conducted, and 32 International Collaborations started. The initiative has also given rise to 191 Publications, IPR, and other intellectual activities, as well as 1073 Entrepreneurship Development activities.

The hubs include the following: 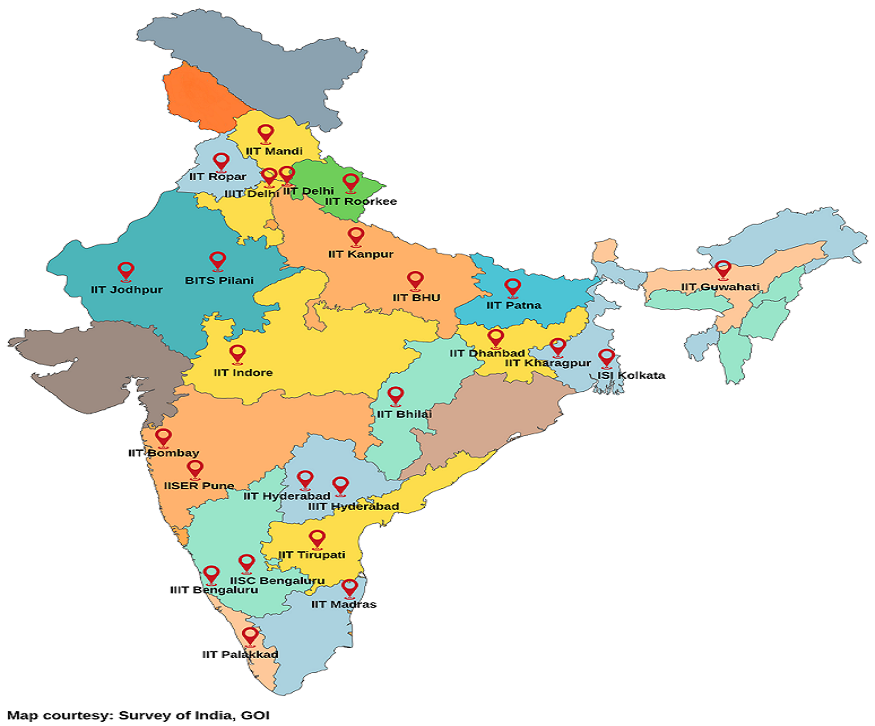 Depiction of the geographical distribution of Hubs in the country.