Dignitaries highlighted the emerging prospects of Artificial Intelligence (AI) and outlined how India could harness them for the future by understanding and controlling data at the Golden Jubilee Discourse Series of the Department of Science and Technology (DST). 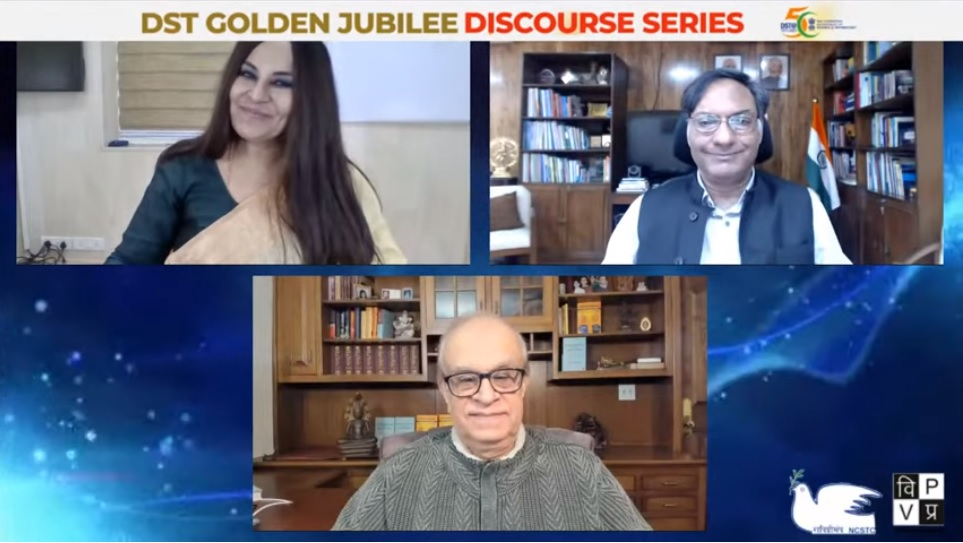 “Artificial Intelligence (AI) has a beginning, but no end and would evolve with time,” said Secretary, Department of Science & Technology (DST) Prof Ashutosh Sharma at a talk on Artificial Intelligence & Future of Power which was jointly organised by National Council for Science & Technology Communication and Vigyan Prasar as part of the Discourse Series.

Professor Sharma stressed on the need for right understanding and control of data.

“India has traditionally never respected raw materials. Today data is the raw material, and we should respect it. It is necessary to have right understanding of data, sharing of data, and control of data,” he pointed out.

Prof Sharma said that the future is about integration and conversion of technologies. DST has been thinking about AI for the last four years and has set 25 different hubs in different areas across the country under National Mission on Cyber Physics.

Rajiv Malhotra, Infinity Foundation, and author of the book ‘Artificial Intelligence and the Future of Power’ spoke on AI Universe, economic development and jobs, global power, and shift of power and metaphysics.

He said that AI is going to impact everyone and will disrupt everything. “It is going to impact society, job, military, future education system, and everything. The number of AI applications is infinite, and the future is going to be governed by AI,” he pointed out. He also added that India should pace up its progress in AI and should use its data and its brains to create its own products instead if exporting them. This, he said, would pave the way towards Atmanirbharata.