Speaking at a DST organised event on “Women Empowerment through Science and Technology” to mark the International Women’s Day, Dr Jitendra Singh said that women scientists have carved a niche for themselves in Space, Nuclear Science, Drone and Nano-technology and added that many of the big scientific projects including that of Gaganyaan are being led by women scientists. He said, one of the key pillars of Prime Minister Narendra Modi's New India is the success story phenomenon of women innovators in the country. 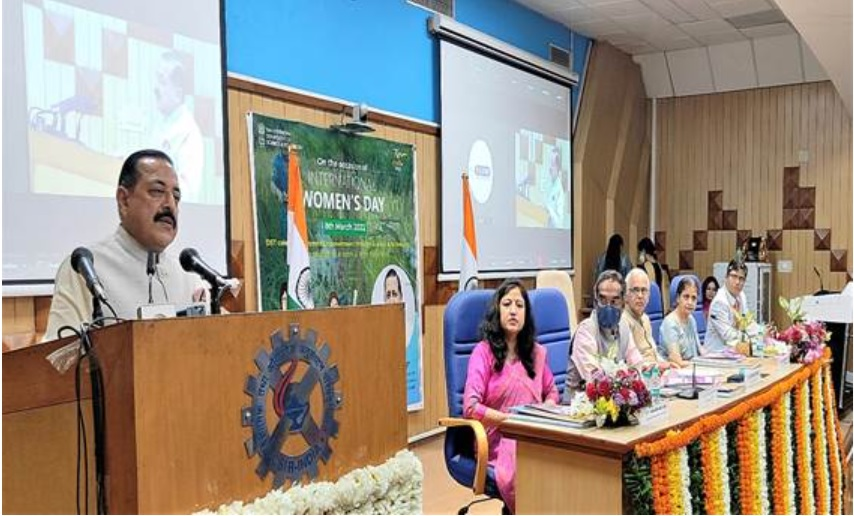 Dr Jitendra Singh said, the first one namely Industrial Research Fellowship for Women will provide opportunity to young women researchers to work in the industry for short and long duration. The programme will have two components viz. Industrial Internship-6 month internship in industry for girls who have submitted their Ph. D thesis and Industrial Fellowship –3 years fellowship to work in industry for women scientists who have Ph.D./M.Tech/M.Pharm or equivalent degree. This new programme will be one time grant for women scientists.

Similarly, the Senior Women Scientists Fellowship programme is proposed to provide dignity to senior women scientists who are performing well in research but are not in regular employment due to various circumstances. The programme will cater senior women scientists in age group of 45-60 years who have completed at least 2 independent research projects and have excellent track record. Under this programme, 5 years’ project will be given to women scientists along with fellowship and other research grant. The projects will be given in following 6 subject areas of Physical and Mathematical Science, Chemical Science, Life Science, Earth & Atmospheric Science, Engineering & Technology, Science & Technology for Society. 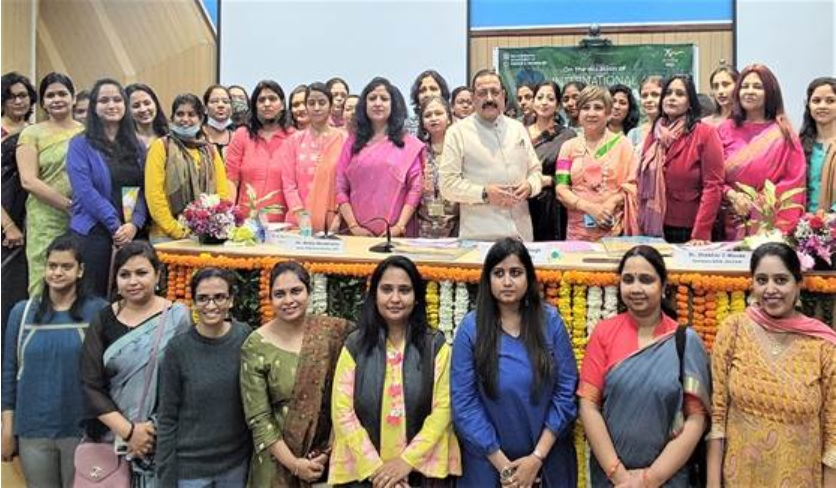 Dr Jitendra Singh said after coming to power in 2014, Prime Minister Narendra Modi’s every major flagship programme has pro-people, pro-poor and pro-women dimensions. He pointed out that all the women welfare schemes rolled out after 2014 have very strong scientific basis, be it Swachh Bharat Mission to address the challenges of women dignity and health hygiene or that of Ujjawala free gas cylinders to fight the menace of toxic smoke impairing lungs of rural women folk. The Minister said that transformational changes are happening and women must become equal partner in the Nation Building Goal.

Many of the women achievers today joined the Women’s Day celebrations and some of them narrated their struggle and acknowledged the help received by DST to add new feathers in their career.

Dr Jitendra Singh announced that Regional Conclaves for Start-ups are being planned from the second half of this year to get the best synergistic outcome. Calling for searching, mentoring and sustain the active talent pool, the Minister said that those who have 25 years of active career ahead will take India at top notch league in 2047, when we will celebrate 100 years of our Independence.

Dr Srivari Chandrasekhar, Secretary, DST said that in DST we are trying to develop programmes that will help women contribute to science and technology at every stage of their lives and help the country move towards a situation where women occupy more than 50 percent of the workforce. 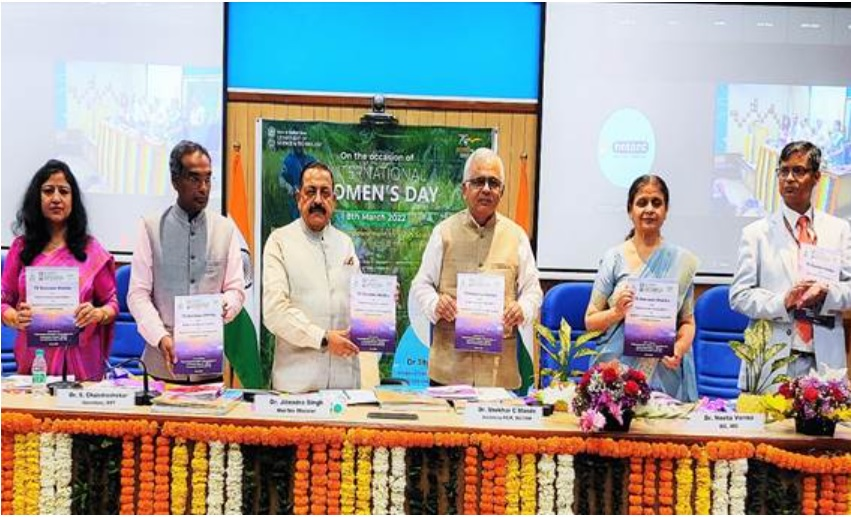 Dr Shekhar Mande, Secretary DSIR and DG CSIR elaborated on the contribution of leading women scientists in the journey of CSIR. Dr Neeta Verma, DG, NIC mentioned that the present century is more inclusive and more supportive towards women and they are now leading breakthrough research and initiatives all over the world.