Indian scientists, for the first time, have developed a thermally stable and cost-effective electronic polymer-based sensor for rapidly detecting nitro-aromatic chemicals used in high-energy explosives. The detection of explosives without destroying them is essential for protection, and criminal investigations, minefield remediation, military applications, ammunition remediation sites, security applications, and chemical sensors play a vital role in such cases.

Though explosive poly-nitroaromatic compounds can be analyzed usually by sophisticated instrumental techniques, the requirements for quick decision making in criminology laboratories or reclaimed military sites or to detect explosives in possession of extremists often require simple, cheap, and selective field techniques which will be non-destructive in nature. Non-destructive sensing of nitroaromatic chemicals (NACs) is difficult. While earlier studies are based mostly on photo-luminescent property, detection of the basis of conducting property has not been explored so far. Detection on the basis of conducting property helps in making a handy detection device where results can be seen with the help of a LED.

To overcome such disadvantages, a team of scientists led by Dr Neelotpal Sen Sarma from the Institute of Advanced Study in Science and Technology, Guwahati, an autonomous institute of the Department of Science & Technology, Government of India, has developed a layer by layer (LBL) polymer detector consisting of two organic polymers -- poly-2-vinyl pyridine with acrylonitrile (P2VP-Co-AN) and copolysulfone of cholesterol methacrylate with hexane (PCHMASH), which undergoes a drastic change in impedance (resistance in an ac circuit) in the presence of very low concentration of NACs vapour within few seconds. Here, picric acid (PA) was chosen as the model NAC, and a simple and cost-effective electronic prototype was developed for visual detection of PA. The team has filed a patent for the novel technology funded by DeitY, GoI.

The sensor device comprises of three layers--polymers copolysulfone of cholesteryl methacrylate along with 1-hexene (PCHMASH), and copolymer of poly-2-vinyl pyridine with acrylonitrile by sandwiching PCHMASH in between two P2VP-Co-AN outer layers by stainless steel (SS) mesh. The sensitivity of the system is determined by monitoring the change in the impedance response with time (sec) in the presence of the vapour of the analyte (picric acid).

The trilayer polymer matrix was found to be very efficient molecular sensor for nitroaromatic chemicals. The sensor device is quite simple and reversible in nature, and its response does not alter with varying operating temperature in presence of other common chemicals and humidity.

The device can be operated at room temperature, has a low response time and negligible interference from other chemicals. The fabrication is a very simple, is negligibly affected by humidity, and the cholesterol-based polymers used are biodegradable. 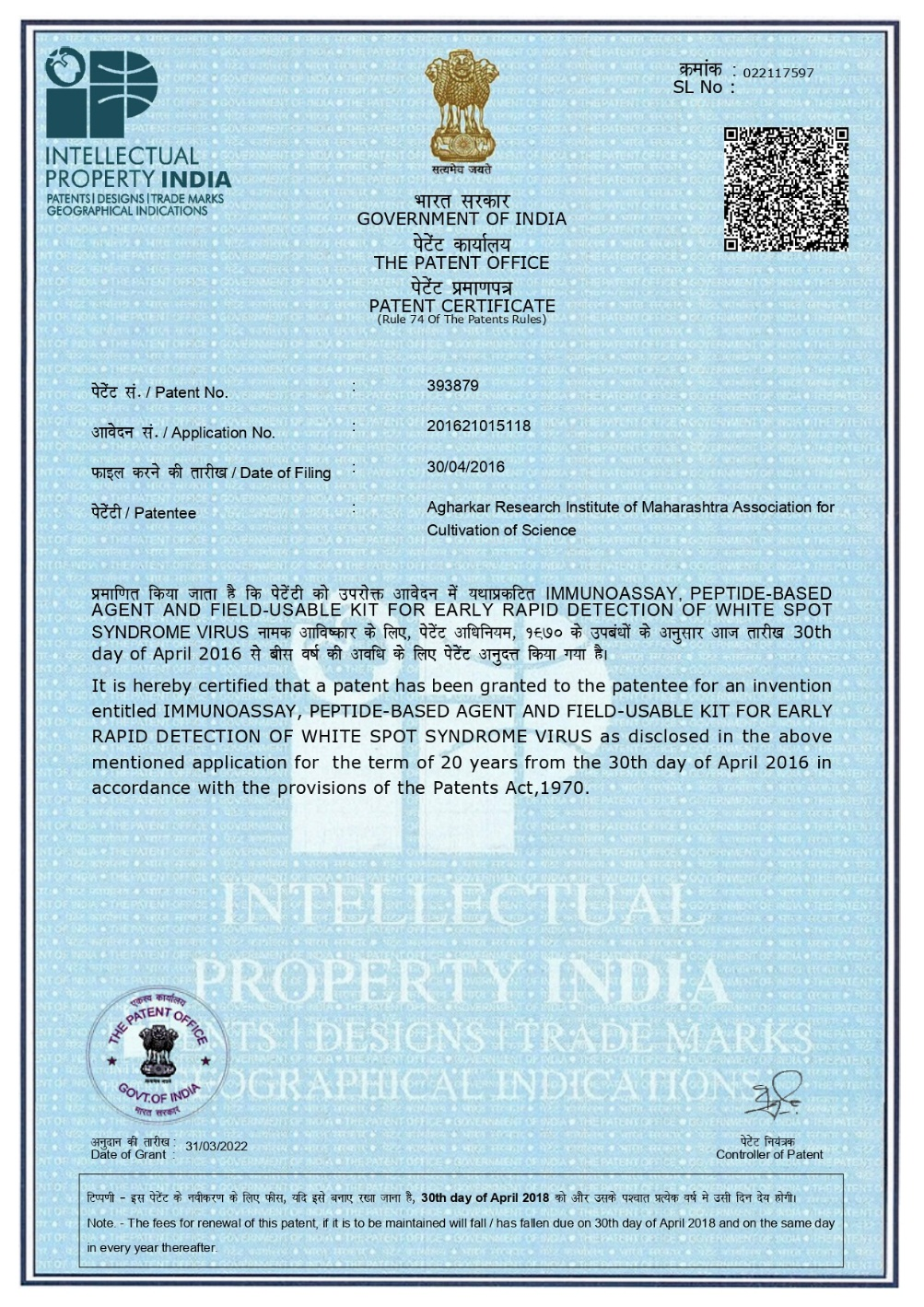