All 612 districts in India studied are vulnerable to climate change, but there are 100 districts mostly on eastern parts of the country which are most vulnerable as per a vulnerability assessment study carried out by IISc, Bangalore along with IIT Mandi and IIT Guwhahati and supported by the Department of Science & Technology. 8 States in the country viz., Jharkhand, Mizoram, Orissa, Chattisgarh, Assam, Bihar, Arunachal Pradesh, and West Bengal, all in the eastern India are found to have higher vulnerability, Dr Akhilesh Gupta, Senior Adviser and Head, Policy Coordination & Programme Management (PCPM) Division, and a climate change expert at the Department of Science and Technology (DST), underlined at a policy dialogue. 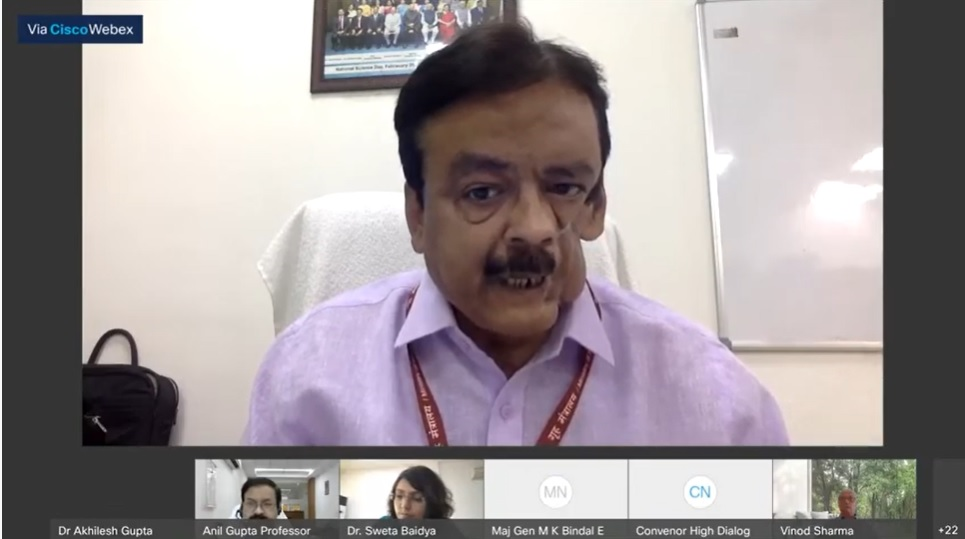 “Out of 100 most vulnerable districts in the country, 70% of them are in five states of Eastern India - Assam, Bihar, Jharkhand, Uttar Pradesh and Orissa,” Dr Gupta said at the inaugural session of the two-day policy dialogue on ‘Localizing Climate Resilience Agenda: Vision 2050 and 2100’ under CAP-RES DST-GOI Project.

“As projected by the recent Working group-I report of IPCC, the global temperature which has already increased to 1.1 deg C above the pre-industrial era level is likely to further increase to 1.5-deg. C in next 2 decades. India too is expected to experience greater impact of global warming in the time to come, There may be an increase in frequency, severity and duration of heatwaves. Monsoon may become more erratic. There may be more frequent droughts and floods. The Indian seas may witness the more sea-level rise. There has already been increase in sea level in last two decades. The tropical cyclones may also increase in number. With the increase of carbon dioxide content in the oceans, the sea water may become more acidic, and so on” Dr Gupta pointed out at the programme organised by National Institute of Disaster Management (NIDM), Ministry of Home Affairs and DST in collaboration with Deutsche Gesellschaft fur Internationale Zusammenarbeit (GIZ) GmbH.

“Next two decades are going to be very crucial. IPCC‘s working group report gives the starkest of warnings for global climate impacts. The two-degree rise in global temperatures may come earlier than expected. It may have a huge impact on India, especially on agriculture, health and water security. India is confronted with a challenge of addressing such impacts,” he added.

“Science and technology is a major tool to fight the menace of climate change. Of late, hazards are not happening in isolation but in combination with two or more. There is urgent need to put in place a multi-hazard warning system, along with better coordination at inter-agency, inter-ministerial and Centre-State levels. India made some excellent progress in climate action both in adaptation and mitigation areas. The Climate Change Programme of DST made some excellent progress which helped in upscaling the climate research in the country.” ,he pointed out.

Maj. Gen. M K Bindal, Executive Director, NIDM, MHA, warned that the danger mark has been reached, rapid access to information is needed to protect lives and livelihood and the use of STI is key to fight climate change problems.

“The sixth IPCC report has pushed the button to act now, and it is time to act locally. Good policies need to be translated into action. We are working with state governments for localising action plan,” said Christiane Hieronymus, Head of Economic Cooperation & Development, Embassy of the Federal Republic of Germany.

“We will have to do something at local level, at the municipal level with regional and local approach and also at the panchayat level,” said Prof V K Sharma, Vice Chairman, Sikkim SDMA.

This high-level dialogue would identify the futuristic climate scenario and challenges, long term vision for Science, Technology and Policy integration and localization. It would also understand financial mechanisms and governing tools for climate resilience and envision the impact of disruptive technology for effective models.