Focus on collaborating to gain from lead expertise of countries: DST Secretary

“Focus needs to be drawn on working with leading countries in their areas of expertise and connecting Indian industries and startups with the best minds in the world to produce technologies of global benchmark,” he said at the celebration of the 10th Foundation Day of GITA.

Dr. Chandrasekhar highlighted the need to take the success stories to the masses and proper propagation of the technologies throughout the length and breadth of the country for societal benefits. He underlined the necessity to enhance the visibility of the programme for greater participation by people in the projects.

Appreciating one of the projects which had developed mechanism by which the refrigeration water cooling systems would consume 25% of less electricity and power sources, Secretary said that initiatives should be taken to propagate these kinds of processes. He added that even if 10% power is saved on every refrigerator, especially in the laboratories and vaccine industry, storage requires temperatures up to -20 degrees, it will directly help reach carbon neutrality and minimize global warming.

The GITA Global Technology Development Awards 2021 which were presented to a total of 7 companies on the occasion of celebration of the 10th Foundation Day of GITA, a PPP between Technology Development Board (TDB) of the Department of Science & Technology (DST) and Confederation of Indian Industry (CII). Three companies in the small, 2 in medium, and 2 in large categories received the awards. The day was celebrated on 17th February 2022 on online mode based on the theme-- Collaborate & Create for a Sustainable Future. A total of 9 projects funded by DST, Ministry of Electronics and Information Technology, and Department of Heavy Industries that got successfully completed last year were showcased at the event.

Mr. Deep Kapuria, Chairman, GITA Board, said that GITA has created a vision fostering the Indian innovation ecosystem and helped in forging a seamless connection between the Government of India, Indian Industry, and R&D Institutions for sharing of investment risks in industrial R&D and technology.

Mr. Sanjeev K Varshney, Head - International Cooperation, DST, stressed on the joint role of private sector and government to take the fruits of science to the masses and suggested that efforts be made to develop confidence in science among all stakeholders.

DST announced recommendations for selection of 6 joint projects from the applications received at the 'DST-Vinnova call on smart and sustainable cities and transport systems, clean technologies, IoT and digitization', which was launched on 5th March 2021.  It also declared that India and Sweden will soon launch a new call on circular economy.

The daylong event was a multi-stakeholder platform to exchange ideas along with a special ‘Fireside Chat with Dr. VK Saraswat, Member, NITA Aayog, Chancellor, Jawaharlal Nehru University, and former Director-General, DRDO. There were 6 Country Sessions with Israel, Republic of Korea, United Kingdom, Sweden, Italy, and Canada and Panel Discussion on Global Perspectives ‘Collaborate and Create for a Sustainable Future’ in which Taiwan, Israel, Canada, Sweden, and United Kingdom participated. 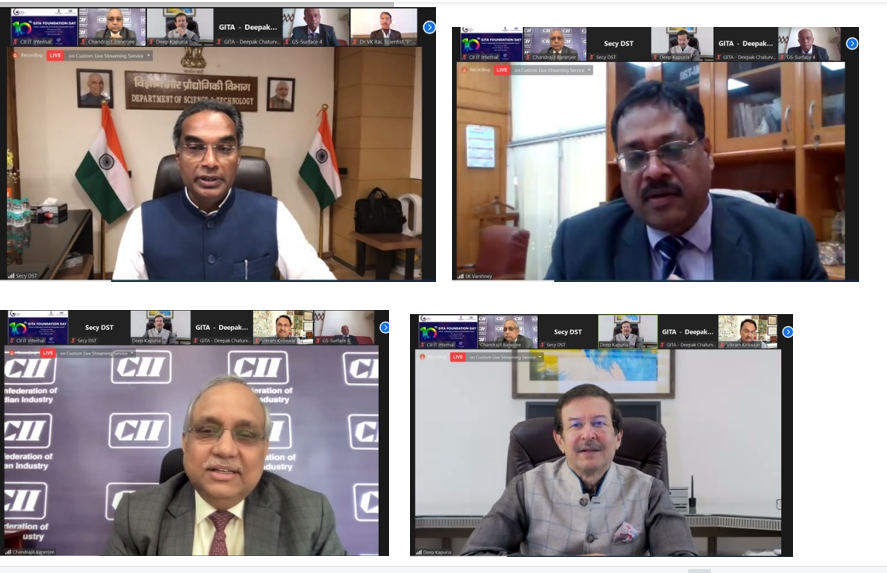