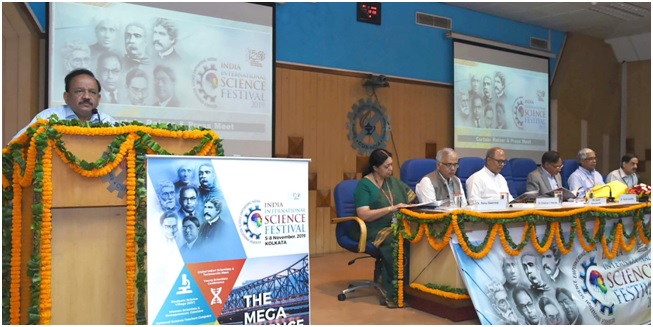 The 5th edition of India International Science Festival (IISF) 2019 will be held at Kolkata from 5th to 8th November, 2019. Addressing the Press Conference, Union Minister for Science & Technology, Earth Sciences and Health & Family Welfare, Dr. Harsh Vardhan said “IISF 2019 will play a crucial role in promoting love and passion of science among students by bringing science outside the lab. It is time to make science a Jan Andolan”.

The Science and Technology Minister further informed the gathering that the theme for this year’s festival is RISEN India – Research, Innovation, and Science Empowering the Nation.

Speaking on the occasion, Dr. Harsh Vardhan emphasized on IISF encouraging young minds towards the field of science and promoting networking of stakeholders working towards the propagation of science.

Recalling the contributions of several eminent scientists, he further elaborated on Kolkata as being the choice of the venue this year as Kolkata's scientific institutions had been the work place of several of these scientists who gave shape to science in India. 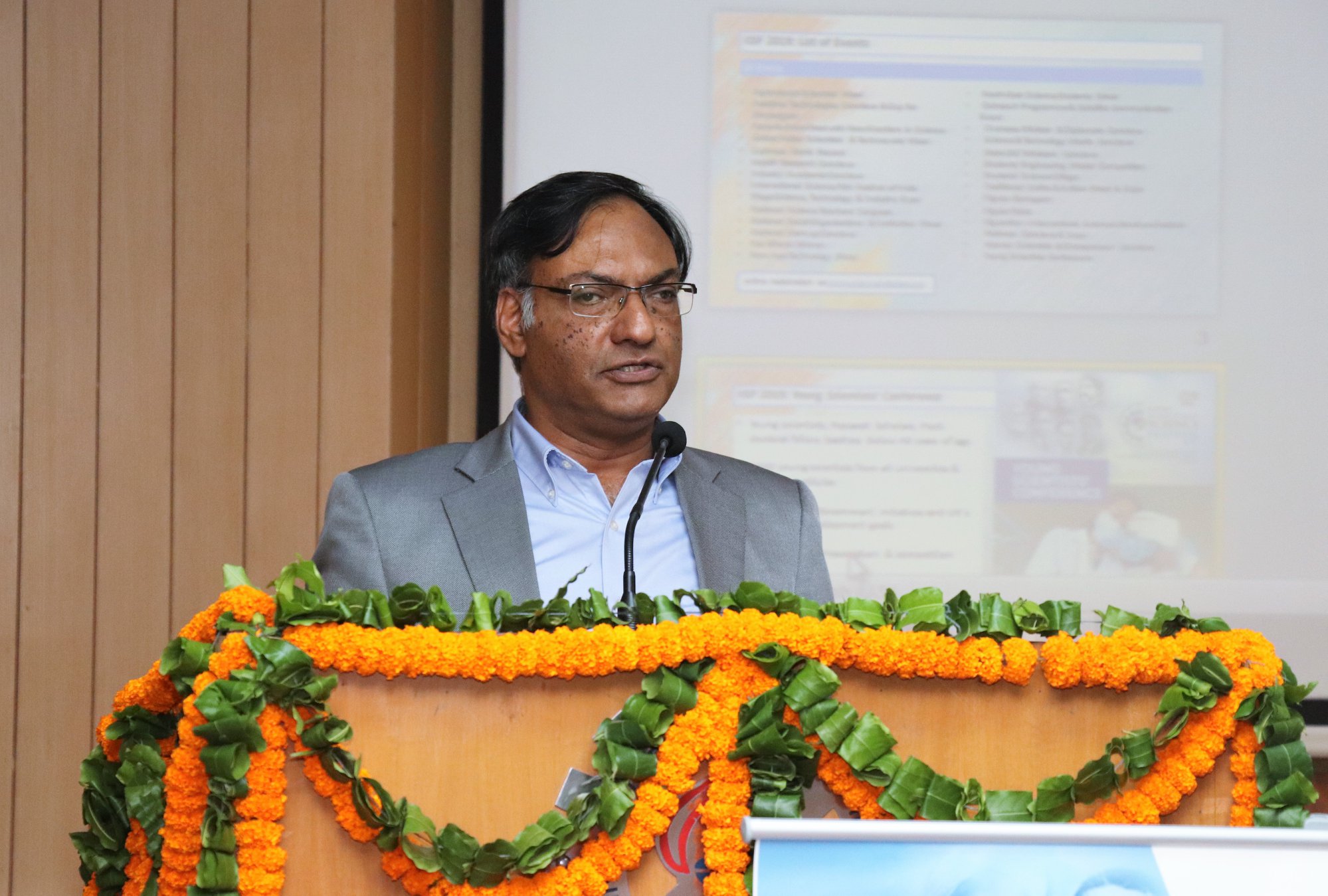 The Secretary, Department of Science and Technology, Prof. Ashutosh Sharma also emphasized on the importance of holding the festival, “IISF is the largest science festival in the world; Focus on youth to inspire and motivate them to learn real science in motion. Real science cannot be learned in classroom atmosphere. IISF provides an opportunity to learn science in action and motion”, stated Prof. Sharma. The Press Conference also witnessed the release of publication on IISF 2019.

The IISF 2019 is the fifth edition since its inception in 2015. The first and second IISF were held in New Delhi, the third in Chennai and the fourth IISF was held in Lucknow, which witnessed a widespread participation from over 10 lakh people worldwide.

India International Science Festival (IISF) 2019, an annual event organised jointly by science & technology- related Ministries and Departments of the Government of India and Vijnana Bharati (Vibha), 2019. IISF is a festival to celebrate the achievements of India’s scientific and technological advancements with students, innovators, craftsmen, farmers, scientists and technocrats from India and abroad.

IISF 2019 expects to host a gathering of approximately 12,000 participants from India and abroad. Biswa Bangla Convention Centre and Science City in Kolkata would be the prime sites for the events at IISF 2019 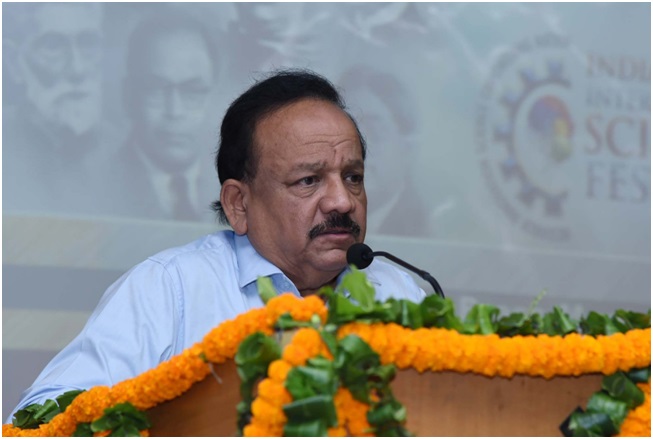 Multitude of significant events are lined up for IISF 2019, which will host more than 28 different events during this period. For school students, a Students Science Village will be a major highlight. More than 2500 school students from all over the nation have been invited. The Students Science Village programme is linked with Pradhan Mantri Sansad Adarsh Gram Yojana, where in every Member of Parliament has been asked to nominate five students each along with their teacher from their constituency for the village.

The Young Scientists’ Conference is another major event, where in around 1500 young scientists and researchers are expected to interact with various subject matter experts of international repute. An exhibition of India’s Scientific & Technological prowess would also be in display through several expos, the most prominent being the Science Expo at Science City. New-age Technology show and an expo for the Divyangjan would be another highlight. This year’s IISF will also witness Vigyanika,the Science Literature Festival where several programs related to the various genre will been organised.

It is noteworthy to point that for the first time, there will be a two-day Science and Technology media conclave, which shall be organised at the Bose Institute’s new campus in Salt Lake area. The International Science Film Festival of India (ISFFI) will be another highlight of the festival and will promote in recognizing the efforts of filmmakers and motivate them to develop scientific and innovative content.

The special role of Women Scientists and Entrepreneurs in shaping the scientific growth trajectory will be another highlight of this Festival. The programme (Women Scientists & Entrepreneurs Conclave) aspires to develop new entrepreneurship and explore new vistas of opportunities in the field of science and technology among women. Approximately 700 women scientist/entrepreneurs will attend the event.

The North-East Science Students’ Meet will bring hundreds of innovative, dedicated and award-winning students on a single platform to share their experiences and put forth new dimensions of science.

For more detailed information on various other events lined up for IISF 2019 please click here: