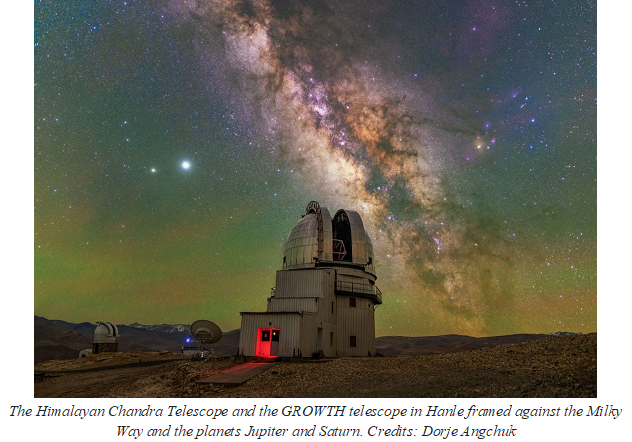 A Ladakh-based engineer has become the only Indian Honorary Member of the International Astronomical Union, along with ten others from around the world, joining a select list of 20 international experts.

Dorje Angchuk of the Indian Institute of Astrophysics, an autonomous institute of the Department of Science & Technology (DST), Govt. of India, is also the first Indian to bag the position in the prestigious body. This honour is meant to officially recognise those individuals who have significantly contributed to the progress of astronomical research and culture in their country. This recognition by the International Astronomical Union is for ‘his passionate promotion of astronomy in the Ladakh region, through his excellent astrophotography’.

Angchuk is the Engineer in charge of the IIA’s Indian Astronomical Observatory in Hanle, Ladakh. But his involvement in astronomy is much more than that. “Stemming from my childhood interest in astronomy, sparked by looking at Saturn through a telescope, and later, seeing the Comet Hale Bopp, I developed a strong passion for astrophotography,” said Dorje Angchuk. This passion further blossomed when he joined the Indian Astronomy Observatory in Hanle in his home state, Ladakh. 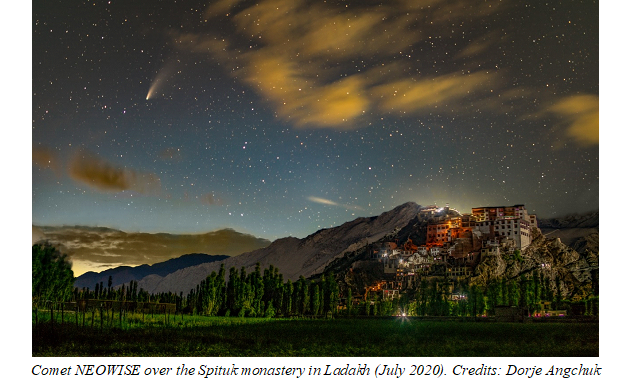 Angchuk’s astro-photographs have inspired innumerable students and the general public. His work combines the majestic beauty of the dark skies with the stunning enchantment of the landscape of Ladakh. His photographs of the telescopes at Hanle foregrounded against the Milky Way have become famous across the country. We are familiar with pictures of celestial objects taken through large telescopes. However, the uniqueness of Angchuk’s work is that they situate the terrestrial landscape against the starry skies, thus bringing the cosmos down to earth. His photos also highlight the telescopes in Hanle in ways that intrigue school and college students. His work has been published in the New Yorker magazine, Association of Asia Pacific Physical Societies, and many newspapers in India. His photograph of Comet Neowise won the nationwide contest by the Astronomical Society of India as well.

Ladakh is probably the only location in India that still has access to dark skies. Dark skies have now been recognised as a part of humanity’s heritage, and many Dark Sky Sanctuaries have come up across the world to help preserve the night skies for future generations. Angchuk has been in the forefront of the campaign for safeguarding the pristine dark skies of Hanle and its surroundings in ways that are in symbiosis with local development, including the promotion of astro-tourism.

The International Astronomical Union (IAU) is the foremost international association of professional astronomers and is over 100 years old. It has more than 13000 individual members and 82 national members, including India. The IAU is also the recognized authority for assigning names to stars, planets, asteroids, and so on. The IAU recently decided to award honorary membership to individuals who have strengthened the development of astronomy but who happen to not satisfy their criterion for regular membership. 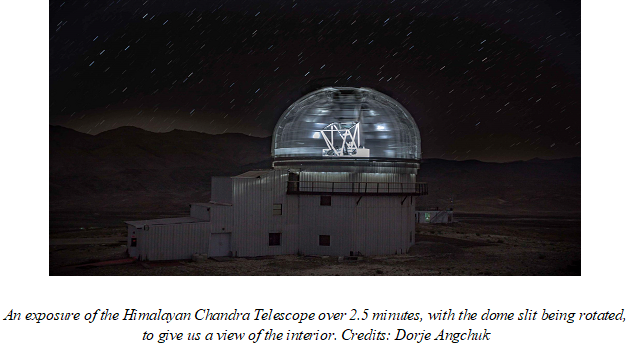 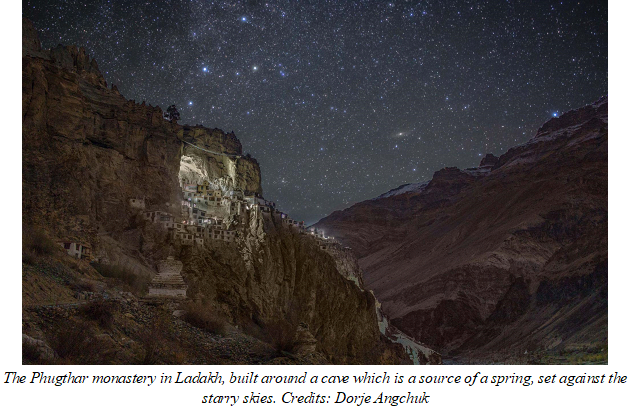