Metal rich environment crucial for light giant planets, but not necessary for heavy giant ones 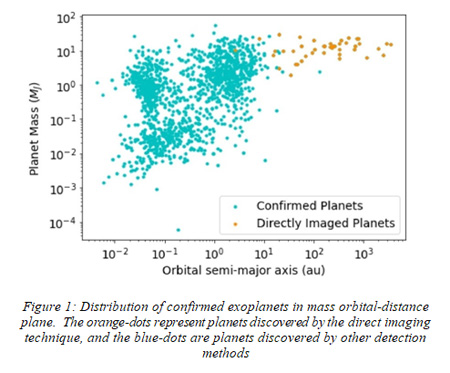 Far away from our little home in the solar system, planets called exo-planets orbit stars similar to the Sun, forming their own stellar system. Scientists studying exo-planets found that while a metal-rich environment of host stars is vital for the formation of Jupiter-type light, but giant planets; it is not necessary for the long orbit heavy giant planets. This study which explores connections between the planet and host star properties, can help in understanding how planets form and evolve at large orbital distances.

With more than 4300 planets discovered till date, it has become essential to characterize the exo-planets in terms of their various properties. Correlation between star and planet properties can provide vital clues about the possible formation and evolution scenarios. Stars are largely made of Hydrogen and Helium with a small fraction of other elements.   In astronomical lingo, elements heavier than Hydrogen and Helium are collectively called as metals. Metal content is an important parameter of the star, and there is a consensus that planets (small or large) are more likely to occur around metal-rich stars. Although the stellar metallicity and planet occurrence rates for close-by systems have been investigated by many research groups, properties of stellar hosts of exo-planets, especially those located at large orbital distances, are not very well studied.

Researchers from the Indian Institute of Astrophysics (IIA), an autonomous institute of the Department of Science & Technology, Government of India, and Tata Institute of Fundamental Research, investigated the host star properties for the directly imaged exo-planets to understand various formation scenarios for these wide orbit celestial objects. 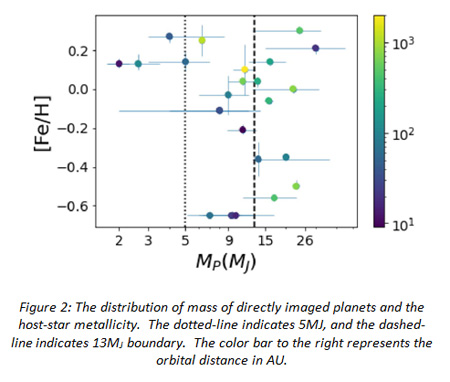 While earlier, scientists studying the short-orbit exo-planets had found that a host star with a metal-rich environment provides the favourable condition for formation of Jupiter-type low-mass giant planets, the new study published in the Astronomical Journal suggests that this is not necessarily the case for the long orbit high-mass giant planets discovered by the direct imaging technique. This finding seems consistent with an existing model called the core accretion model of planet formation. For planet mass greater than mass of Jupiter, the large scatter in metallicity distribution suggests that metallicity might not play a significant role in the formation of these celestial objects. This means there is no single dominating mechanism for planet formation at wider orbits. Planets in remote orbits could form either by core accretion process or gravitational instability.