As manufacturing industries move toward advanced technologies, there is a requirement to minimise energy consumption and automate the welding process to avoid human-induced errors and also manufacture products swiftly in an eco-friendly manner. 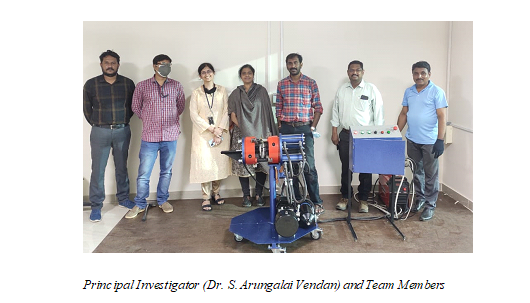 Magnetically Impelled Arc Butt (MIAB) welding involves striking of an arc between two coaxially placed tubes, followed by interaction of the axial component of arc current and radial component of a magnetic field that causes a force called Lorentz force. This force acts on the arc and impels it around the joint line with an approximate linear speed of 200m/s that uniformly heats the tube surfaces upto the highest temperature at which it is solid (solidus temperature). The softened tube edges (butt ends) are then forced into penetration by forging to form a weld. 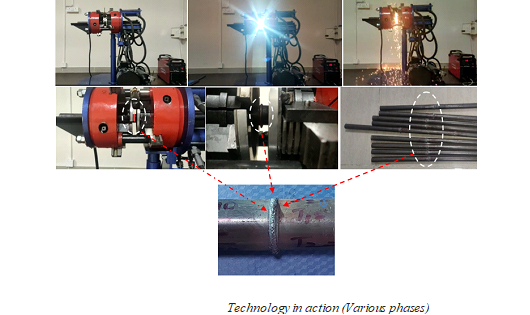