Scientists have found that the Himalayas are not uniform and assume different physical and mechanical properties in different directions – a property present in crystals called anisotropy which could result in significantly large earthquake events in the Himalayas.

The NW region of India, an area covering Garhwal and Himachal Pradesh, has been hit by four destructive moderate to great earthquakes since the beginning of the 20th century -- the Kangra earthquake of 1905, the Kinnaur earthquake of 1975, the Uttarkashi earthquake of 1991, and the Chamoli earthquake of 1999. These seismic activities manifest large-scale subsurface deformation and weak zones, underlining the need for deeper insights into the ongoing deformation beneath these tectonically unstable zones.

The joint study using seismic waves from 167 earthquakes recorded by 20 broadband seismic stations deployed in the Western Himalaya suggested that the major contribution of the anisotropy is mainly because the strain induced by the Indo-Eurasia collision (going on since 50 million years) and deformation due to the collision is found to be larger in the crust than in the upper mantle. It has been recently published in 2020 in the Journal ‘Lithosphere (GSA)’.

The inhomogeneity along the Himalayas influences the stressing rate is because of variation in the geometry of the Main Himalayan Thrust (MHT) system, and it controls the rupture size during the earthquake. This lack of homogenous physical and mechanical properties of the Himalayas could help explore new perspectives about deformations taking place at the Himalaya-Tibet crustal belt involved in the formation of the Himalayan Mountains. 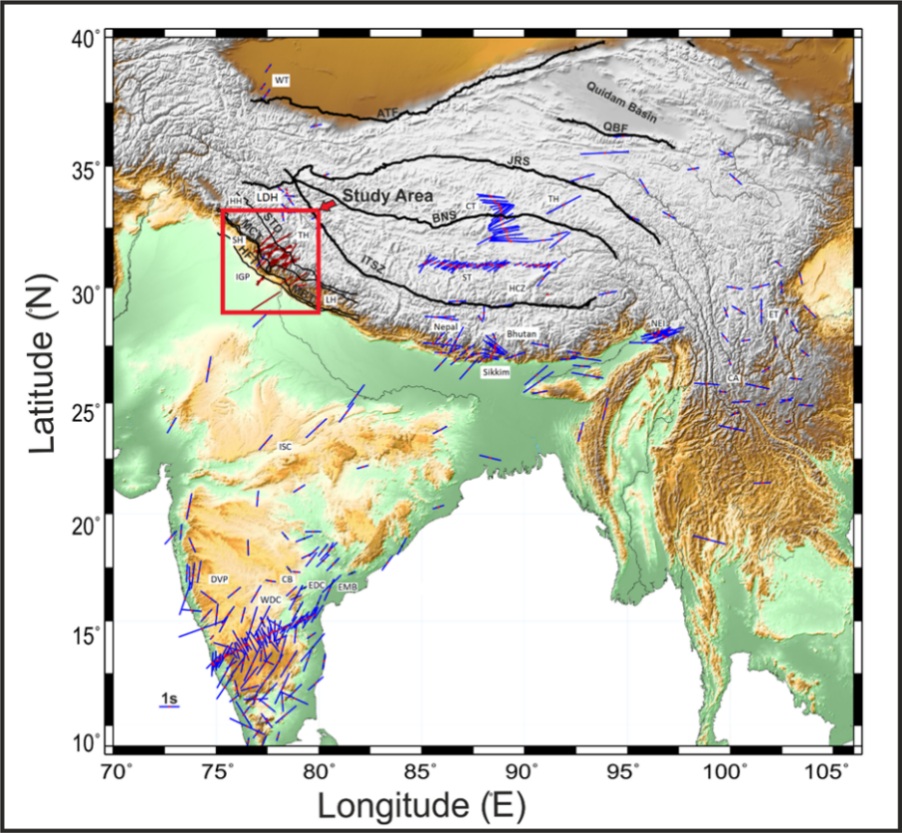