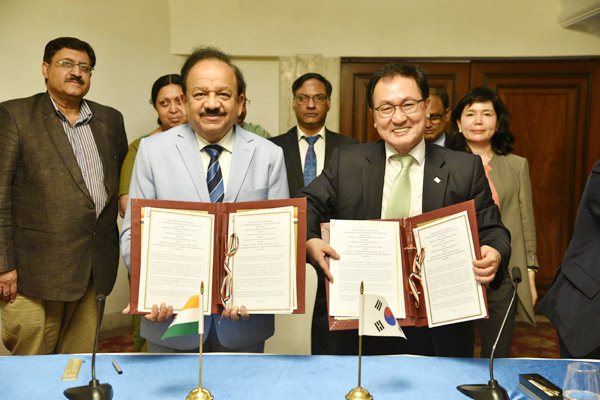 The Two Ministers reviewed bilateral S&T cooperation between the two countries since last meeting of Steering Committee at Seoul in November 2015. Both Ministers agreed to establish Indo-Korean Center for Research and Innovation (IKCRI) in India, which will act as the hub for systematic operation and management of all cooperative programmes in research and innovation between the two countries including innovation & entrepreneurship and technology transfer.

Ministers agreed to establish a Future Strategic Group, which will build a collaborative platform that can utilize the potential of our two countries towards fostering innovation and create impact which is of social and economic good. To begin with both sides will be co-funding collaborative enterprise led joint R&D projects covering (i) Digital Transformation (ii) Future Manufacturing (iii) Future Utilities and (iv) Health Care.

It was agreed to jointly establish two additional India-Korea Joint Network Centres in areas among ‘Cyber Physical System- Artificial Intelligence, Internet of Things focused on agriculture, energy, water and transportation and ‘Semiconductor Electronics’ etc..  These centres will leverage existing infrastructure and funding available from the partners on both sides in focused applied research areas which has potential towards technology development.  The two sides agreed to select future joint projects. 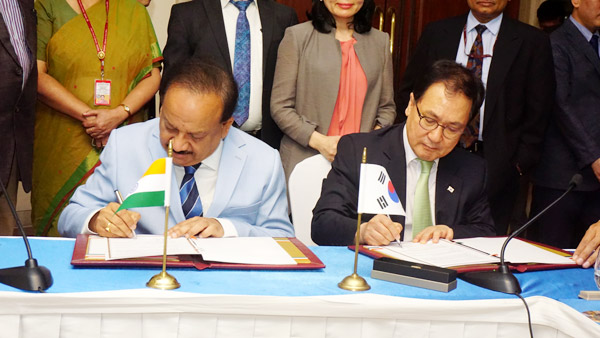