PEMFC, in its entireness, have an advantage of operational capability at low-temperatures with applications in decentralised power generation systems. Through intense R&D efforts in the area of fuel cell technologies, ARCI at its Centre for Fuel Cell Technology, Chennai has developed in-house PEMFC systems in the power range of 1 to 20 kiloWatt (kW) and demonstrated the same in stationary (1-20 kW) and transport applications (1,3,5 kW).  Emergency Operation Centres (EOC) backed with 10 kW system along with fuel cell stack (providing sustainable electricity using hydrogen gas without the need of grid power), air moving subsystems, power control devices and control and monitoring system is being planned as a natural disaster management measure.

Natural disasters are consequences of calamities like earthquake, landslide, cyclone, flood, tsunami, and so on that affects human activities. Tamil Nadu is generally affected by five to six cyclones every year, of which two to three are severe. There has been a paradigm shift in the focus of Disaster Management, from response-centric (rescue, relief, rehabilitation, and reconstruction) to laying greater emphasis on the other elements of disaster management cycle (prevention, mitigation, and preparedness) as a means to avert the impact of future emergencies.

The Government of Tamil Nadu places equal importance on both the approaches and is keen to develop a robust disaster management system. The latest concept in disaster management all over the World is about conversion of Control Rooms to Emergency Operation Centres (EOC). EOCs respond immediately during an emergency situation with State-of-the-Art communication systems. This helps in providing immediate support during the Golden Hour of the disaster.

Hence, the State Government decided to look at the prospect of converting the existing Control Room to EOC backed with 10 kW system along with fuel cell stack, air moving subsystems, power control devices and control and monitoring system. Fuel cell systems offer a potential benefit in terms of providing sustainable electricity using hydrogen gas without the need of grid power as required by conventional battery backup systems. Recently, ARCI demonstrated the feasibility of providing power to EOCs. PEMFC stack with a capacity of 5kW has been installed on the mobile truck and demonstrated on December 5, 2019, at Tamil Nadu State Disaster Management Authority (TNSDMA). Dr J. Radhakrishnan, Commissioner, Revenue Administration, and Disaster Management, witnessed the demo and appreciated the prowess of PEMFC technology. 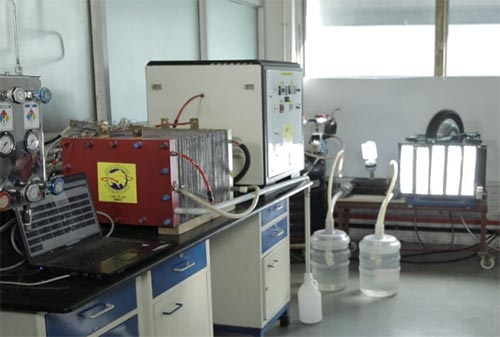 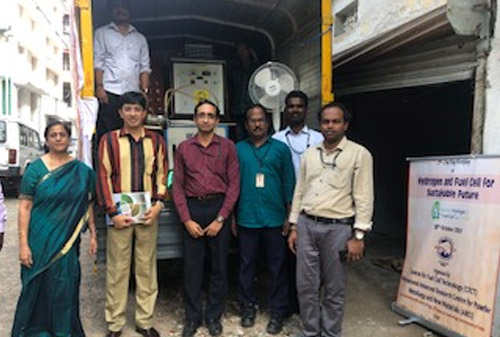