Researchers have found that practitioners of meditation transition from light to deep sleep faster, and their period of transition does not increase with age as against those who do not practice meditation, and duration of the deep sleep period is longest among the former, whereas this duration reduces with age among the latter. They have demonstrated organisation of sleep stabilizes among Vipassana meditation practitioners.

A study by the National Institute of Mental Health & Neurosciences (NIMHANS) has established the association between meditation and proper sleep organization as well as sleep stability.

The study supported by the SATYAM programme of the Department of Science and Technology, which investigated the importance of meditation on sleep organization and the correlation between sleep, meditation, and progress in well-being, demonstrated the distinct changes brought by Vipassana meditation practices on the sleep variables and hence on the macro-sleep architecture. The team led by led by Prof. Bindu M. Kutty explored the efficacy of Vipassana meditation on the micro-sleep architecture dynamics, especially the spindle dynamics and Electroencephalogram (EEG) dynamics that determine the role of meditation on the thalamocortical synchronizing mechanisms essential for sleep intensity and continuity, memory consolidation etc. The study was published in the journal Neuromodulation: Technology at the Neural Interface.

Several Event-related potential (ERPs) responses generated by the brain have been identified during non-rapid eye movement (NREM) and REM sleep, and important ERPs during various stages of sleep have been demonstrated in the study. These ERPs responses are possible indicators of sleep stability. 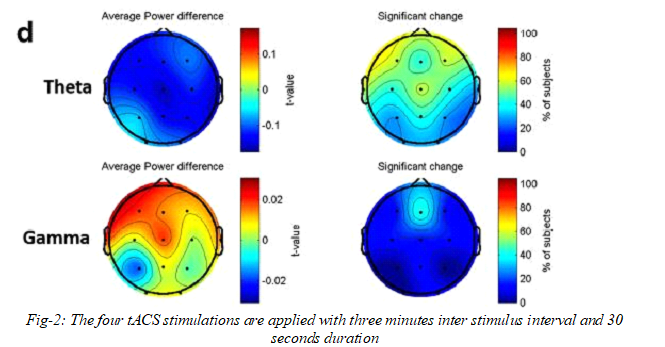 The work also provides a broad overview of the application of Transcranial Alternating Current Stimulations (tACSs – a device that uses electrical current to boost brain function) while sleeping on normal healthy individuals and meditators to modulate sleepiness, and evaluated the effect of tACS on the endogenously generated brain oscillations using different frequencies.