Increasing emission of carbon dioxide in the atmosphere due to anthropogenic and other processes is a global problem that scientists are trying to tackle through various approaches.

Arvind Singh, a physicist by training and a biogeochemist by profession who won the Swarnajayanti fellowship instituted by the Department of Science and Technology, will identify minerals that can be used to enhance ocean alkalinity in a sustained way, examine the impact of increased ocean alkalinity on carbon, nitrogen and phosphorous cycles, and understand the effect of increased alkalinity on phytoplankton and bacterial community structure.

The scientist highlighted that it is quite clear that over the coming decades, we might need reservoirs that can store up to trillions of tons of CO2 emitted from industrial and other man-made emissions.

“Based on our understanding of the intense chemical weathering resulting in global cooling in the Cenozoic era (66 million years), it has been proposed that the enhanced ocean alkalinity through large scale mineral dissolution has the potential to provide a solution to store large amount of CO2 in the ocean,” the scientist pointed out.

He explains that mineral dissolution will lead to a change in the ocean carbonate chemistry equilibrium towards HCO3− and CO32− (i.e., increase in alkalinity) so that additional CO2 from the atmosphere could be dissolved and stored for a long time (more than 1000 years) in the ocean. It may be possible to sequester up to trillion tons of carbon without surpassing present-day carbonate saturation states in the ocean. In turn, the impacts of elevated alkalinity will be potentially small and may even help to reduce the effects of ocean acidification on microbial ecosystem, but these aspects have not been tested experimentally.

Arvind uses stable isotopes of C (13C) and N (15N) to understand elemental cycling in the ocean. His work blends stable isotopes, in-situ and satellite observations, microbiology, and statistical modelling to make quantitative estimates of carbon and nitrogen fluxes in the ocean. His Ph.D. work provided first direct estimate of N2 fixation rates in the Arabian Sea. He worked on elemental stoichiometry in the North Atlantic and the effect of ocean acidification on N2 fixation rates. He studied niche construction theory, role of eddies on ocean biological pumps, and contribution of atmospheric deposition to new nitrogen. His seminal work emphasized that C: N:P is not fixed in oceanic plankton and nutrients.

Further, changes in nutrient stoichiometry (N:P) might lead to change in marine phytoplankton community. His research underlined that the increase in atmospheric deposition can result in increase in CO2 sequestration but can also enhances N2O in the atmosphere. His palaeoclimate work highlighted that the relationship of oxygen isotopic composition (δ18O) and salinity is variable in ocean. In a novel way, he estimated Himalayan ice melt in the last twenty years using 18O isotopic records in the ocean. He will be using his expertise in stable isotopes for investigating the applicability of his proposed carbon dioxide removal solution, and s quite sure that this will help him to achieve success in his Swarnajayanti research project. 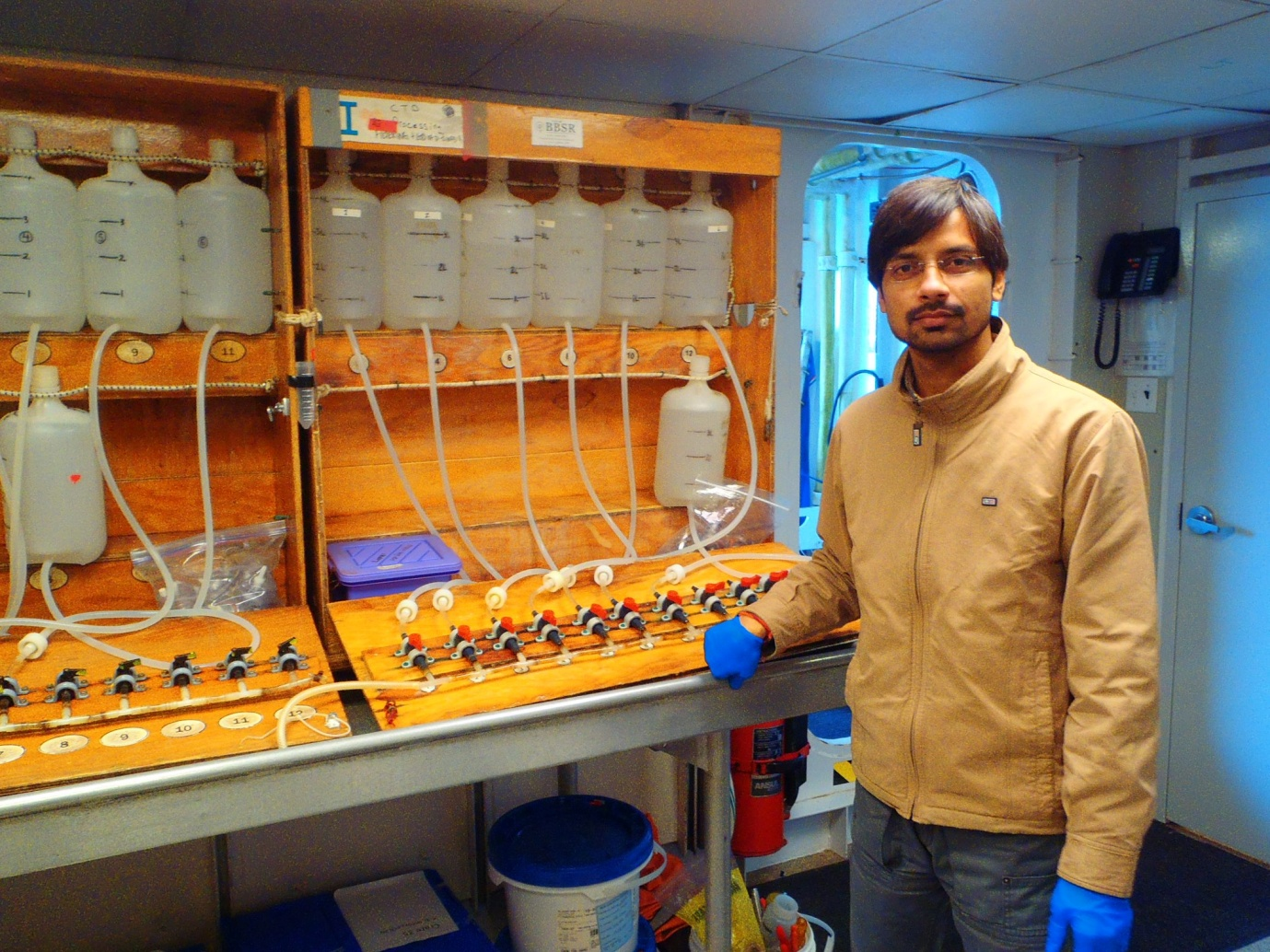 For more details, Arvind Singh (arvinds[at]prl[dot]res[dot]in ) can be contacted.