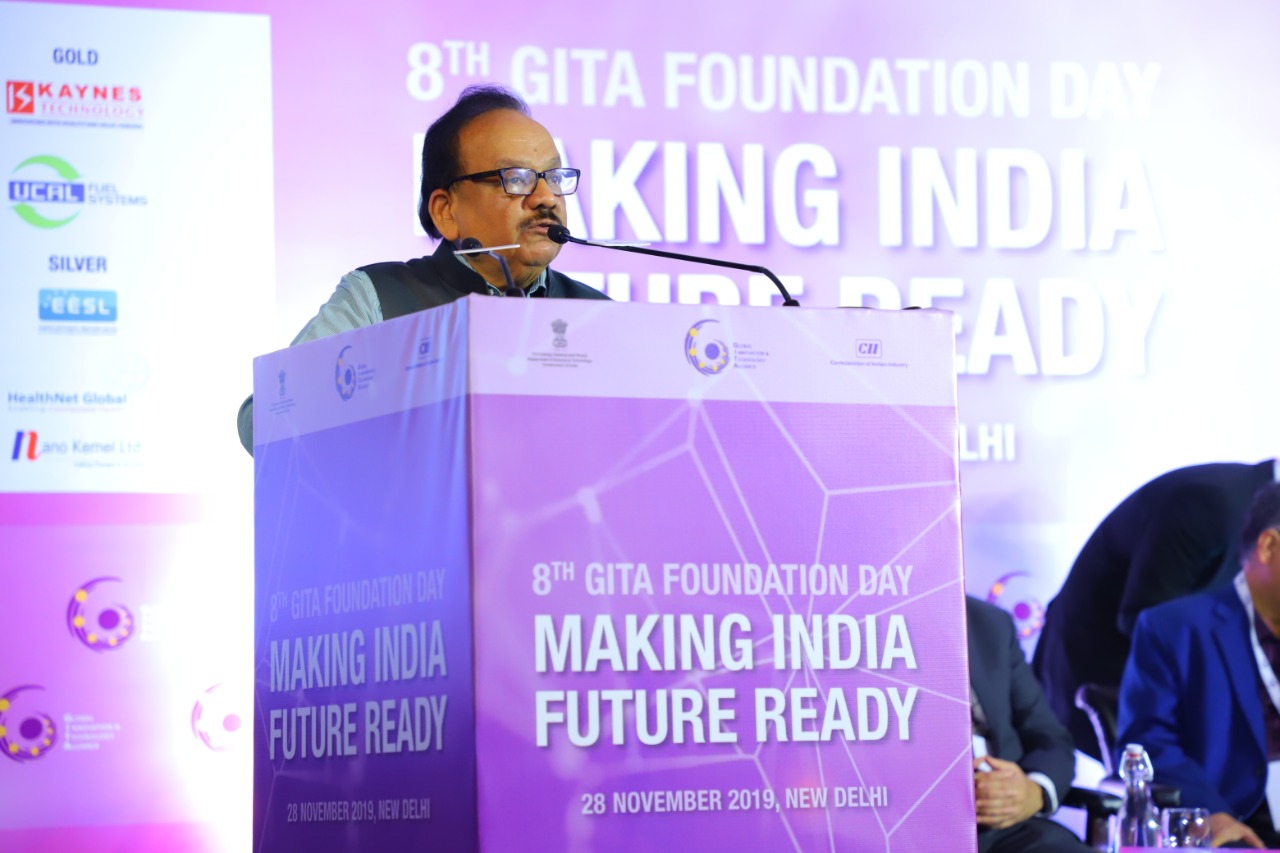 The projects were from a range of areas including smart transport management to biomedical technologies and smart water quality monitoring solutions. He said that over the last eight years, GITA had done remarkable work boosting R&D in the industry to make India future ready and encouraged the scientists to work towards making India one of the top knowledge powers.

The Hon’ble Minister recognized and felicitated the exceptional performance of GITA project leads in contributing towards enhancing the country’s innovation ecosystem.

“For India to grow at a sustained pace, technology and innovation have to become all- pervasive across all sectors of development.” This was stated by the Hon. Minister and he also spoke about India’s aspiration to emerge as one of the top five knowledge powers in the world in the area of science, technology and innovation.The Hon. Minister congratulated GITA for successfully completing its 8th year of operations and mentioned that GITA has managed to create a niche for itself as a catalyst for fostering innovation as well as generating awareness and interest of industry to enable them to benefit from the various Government schemes/funds being managed by GITA. 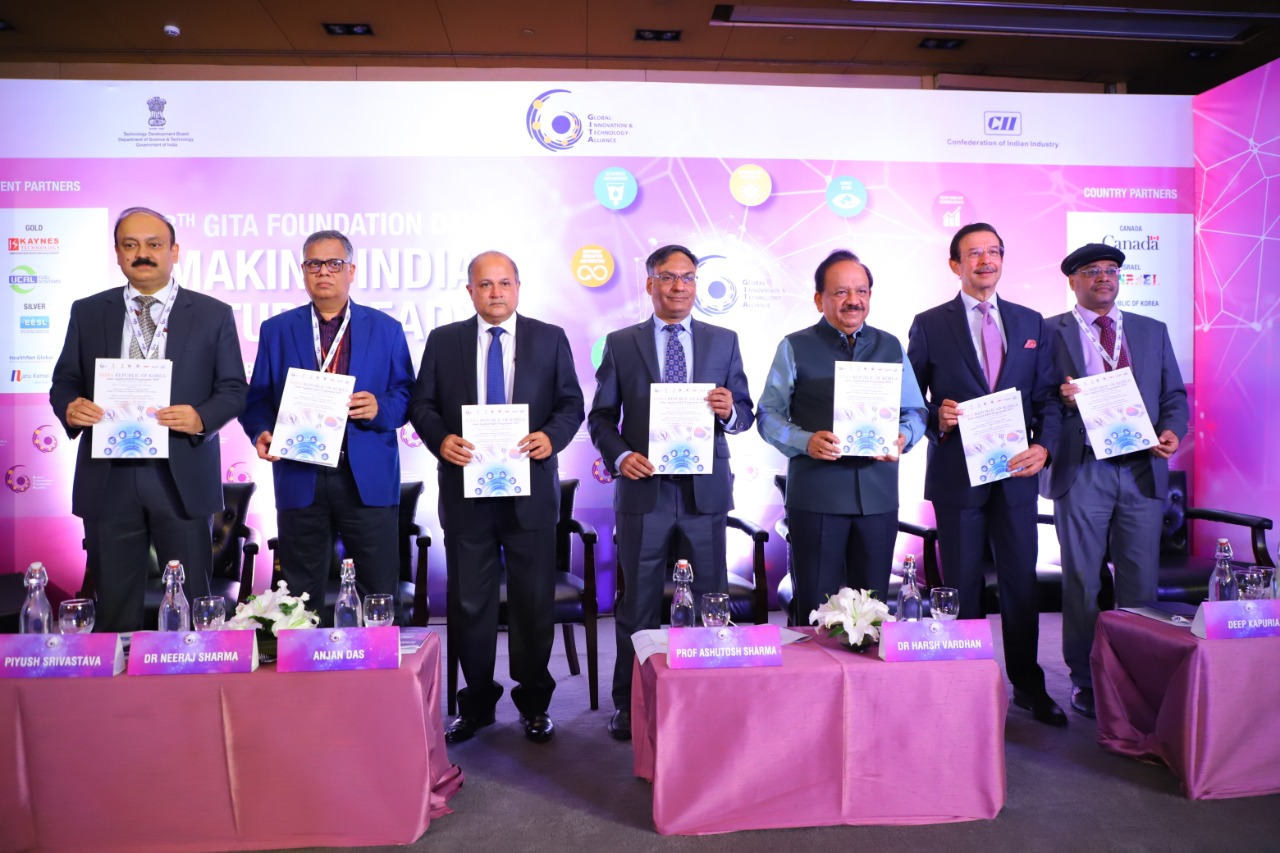 The Minister said India is aggressively working towards establishing itself as a leader in industrialisation and technological development and has had a strong focus on science and technology,realising that it is a key driver of long-term economic growth. Expressing confidence in the abilities of Indian scientists to rise up to the challenges, and provide solutions to improve the lives of the common man in India, the Hon Minister highlighted that creating a new eco-system of innovation and technology led entrepreneurship has become a national movement.

The Minister also launched the 2nd Call for Proposal for Joint Applied Research under the India-Korea Future Strategy Group. The India-Korea Future Strategy Group was created in July 2018 by the two Governments to expand and enhance cooperation in applied science and commercialization of industrial innovation for purposes of promoting sustainable development and enhancing the quality of life. The eligible sectors under this call are Future Manufacturing (smart factory, electric vehicle, 3D printing, robotics and automation, advanced material), Future Utilities (Renewable Energy (Renewable Energy including hydrogen and fuel cells)), energy efficiency, smart grid, Waste-to-Energy (WtE) technologies), digital transformation (information & communication technologies including IoT, AI, Big Data, software) and biotechnology/healthcare (affordable healthcare for the elderly and disabled; natural healthcare products).The Minister highlighted that if India has to emerge as a true knowledge economy of the 21st century, it is inevitable that research and development leading to technology deployment has to be looked at as an in-house enterprise by all our leading industries including the SME sector as well. Hence, it is in the national interest of India to stimulate the private sector investments into R&D at levels of at least 1:1, in order to propel India as a leading scientific and technological power house. 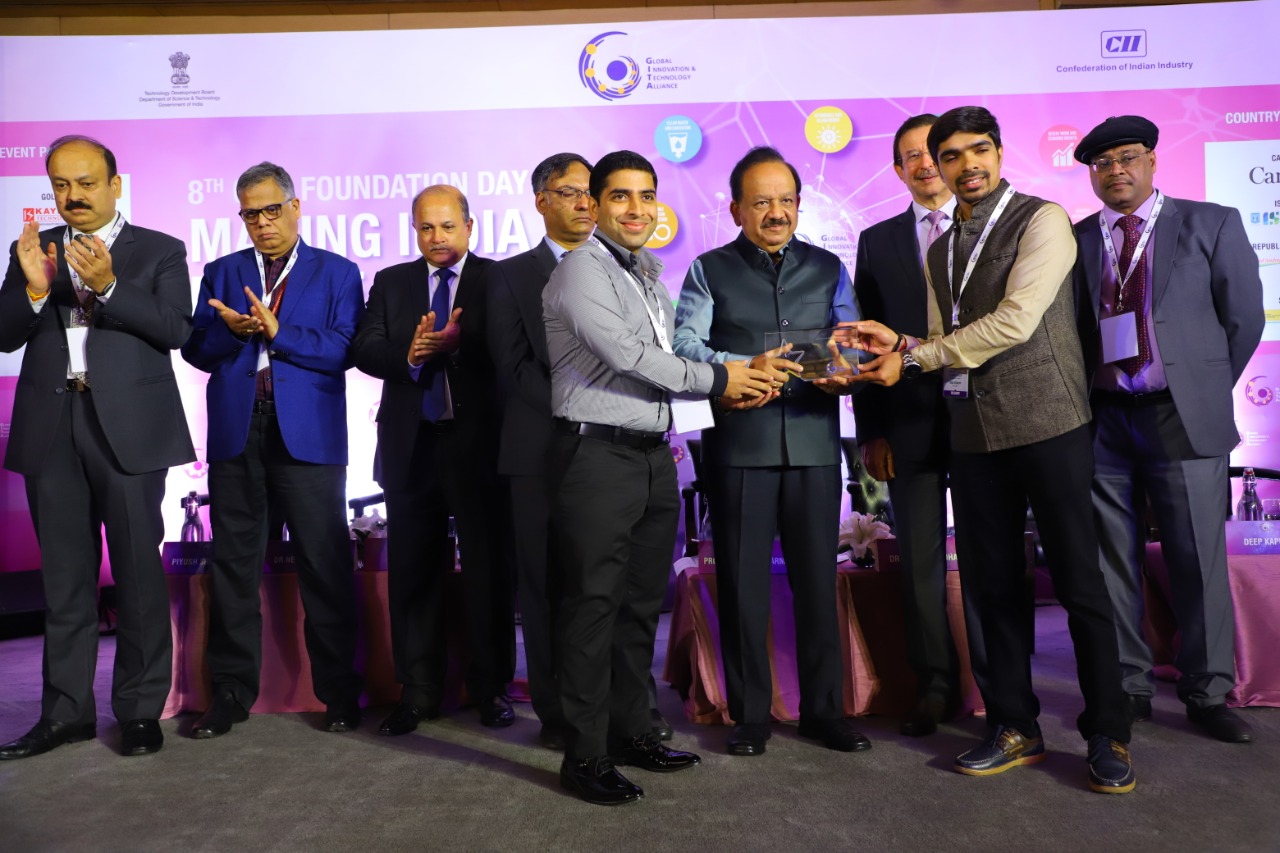 Professor Ashutosh Sharma, Secretary, DST congratulated GITA for bringing several partners on board to work on science, technology & innovation. He added that GITA is now working with 8 countries and adding further energy, momentum and scale.

Dr Neeraj Sharma, Secretary, Technology Development Board, said that 2018-19 has been a very successful year for GITA and the future is even brighter. He added that science, tech & innovation are crucial for the future of India for that we need alliances where GITA plays role.

India improved its rank on the Global Innovation Index for the fourth year consecutively. From being ranked at the 81st position in 2015, India improved its ranking steadily to reach 52nd position in 2019. GITA, has been able to successfully engage in implementation of bilateral industrial R&D collaboration with some of the most innovative nations of the world including Canada, Finland, Israel, Italy, Korea, Spain, Sweden and the UK.

The role of institutions such as GITA are increasingly relevant as we progress on the journey of creating India as an innovation nation.In order to create a New India which nurtures and cultivates a blossoming scientific temperament in the country.

The GITA Foundation Day was also addressed by the Principal Scientific Adviser to the Govt. of India, Prof. K Vijayraghavan, Prof. Ashutosh Sharma, Secretary Department of Science & Technology, Dr. Neeraj Sharma, Secretary Technology Development Board, Mr SK Varshney, Head, International Bilateral Cooperation, DST and various other dignitaries as well as industry leaders. Besides, there were delegations from Canada, Israel, Korea and Spain along with international participation from Brazil, Finland, Italy, Sweden, Taiwan and the UK.