The 50-year old State Observatory at Nainital was reincarnated on 22nd March 2004 as ARIES, an acronym given for Aryabhatta Research Institute of Observational-SciencES, an autonomous institute under the Department of Science and Technology, Govt. of India. Historically. The Observatory came into existence at Varanasi on 20th April, 1954. The Observatory was later moved from the dust and haze of the plains to more transparent skies of Nainital in 1955, and to its present location in 1961 at an altitude of 1951m at Manora peak, a few km south of the Nainital town. ARIES is situated at quite and picturesque hills with interesting walks through its forest providing great views of Himalayas. The campus hosts rich variety of the Himalayan flora and fauna and occasional sightings of rare birds and wild life. The primary objective of ARIES is to provide national optical observing facilities to carry out research in the frontline areas of Astronomy and Astrophysics, and Atmospheric Sciences. The main research interests are in solar astronomy, stellar astronomy, star clusters, stellar variability and pulsation, photometric studies of nearby galaxies, Quasars, and transient events like supernovae and highly energetic Gamma Ray Bursts. The optical observations carried out at ARIES are well recognised both nationally and internationally. The longitude of ARIES (79o East) locates it in the middle of about 180-degree wide longitude band having modern astronomical facilities between Canary Islands (20o West) and Eastern Australia (157o East). The observations, which are not possible in Canary Islands or Australia due to daylight, can be obtained by ARIES. Because of its geographical location and existence of good astronomical sites, ARIES has made unique contributions to many areas of astronomical research, particularly those involving time critical phenomena. For example, the first successful attempt in the country to observe optical afterglow of Gamma Ray Bursts was carried out from ARIES. A large number of eclipsing binaries, variable stars, star clusters, nearby galaxies, Gamma Ray Bursts, and supernova have been observed from ARIES. In past, new ring systems around Saturn, Uranus, and Neptune were discovered from the observatory. Recently, for the first time a direct correlation between the intranight optical variability and the degree of polarisation of the radio jets in Quasars was established based on the observations from ARIES. In coming years, the Institute plans to setup new observational facilities in the Himalayan region.

ARIES presently hosts five optical telescopes of sizes15cm, 38cm, 52cm, 56cm, and 104cm. These telescopes are equipped with modern instruments like cooled CCD camera, spectrophotometer, and filters etc. The 104cm telescope, known as the Sampurnanand telescope, has been the mainstay of the photometric, spectrophotometric and polarimetric observations. The instruments available are Cassegrain plate holder, Meinel Camera, Near infrared and photoelectric photometer, a spectrum scanner, and optical multichannel analyser.

The multiwavelength radiometer and GRIM spectrometer are routinely used to study aerosol characteristics and in turn the radiation budget of the atmosphere. The Institute has inhouse workshops to meet the requirements of electronic, mechanical, and optical maintenance of the instruments. ARIES has a modern computer centre and a well maintained library with more than 10,000 volumes of research journals and an excellent collection of books on astronomy. The VSAT facility at the Institute links the observatory with rest of the world through INTERNET. 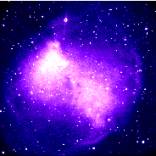 ARIES also promotes research using observations taken at other wavelengths like Xray, ultraviolet, and radio. It is proposed that ARIES will help in building up of a user community for the upcoming observing facilities like ASTROSAT, the first multiwavelength Indian astronomical Satellite to be launched in coming years, and the existing facilities such as Giant Meterwave Radio Telescope (GMRT) of the Tata Institute of Fundamental Research (TIFR) near Pune and the new 2meter optical Himalayan Chandra Telescope (HCT) of the Indian Institute of Astrophysics (IIA) at Hanle in Leh. 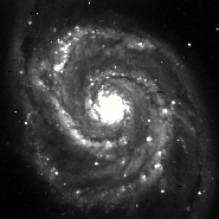 Considering the aspirations of the Institute, ARIES will maintain and upgrade its existing facilities, and design and fabricate new equipments to carry out observations in the frontier areas of astronomy. For this purpose, the Institute plans to set up a 1meter class and a 3meter class optical telescope at Devesthal, which has advantage of having dark skies and excellent observing conditions. It is also planned to set up a 1m class micropulse LIDAR system to carry out research on the atmosphere of the Earth. ARIES also participate in science popularization programs for students and common people. 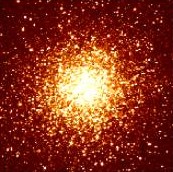 ARIES offers fellowships to pursue Ph.D. in Astronomy & Astrophysics and Atmospheric Sciences. ARIES selects students as research scholars via the JEST exam and also via the NET and GATE exams. The timings of these exams are usually announced via advertisements in newspapers and via posters at most major educational institutes in the country. The minimum qualification is an M.Sc. degree in Physics or a BE/BTech degree. The selection is based on the score in the written test (JEST, NET or GATE) and an interview, which is usually held in late June or early July. Research scholars are expected to submit their theses within five years of the start of their programme. Research scholars are paid Rs 8000/= p.m. for the first two years and Rs 9000/= p.m. afterwards.Research scholars are also eligible for a contingency grant on yearly basis, and accommodation in the campus and catering facilities at nominal cost. ARIES promotes research scholars to participate in national and international meetings and conferences.

ARIES offers postdoctoral fellowships and visiting positions to work in any branch of Astronomy & Astrophysics, Atmospheric Sciences, Engineering and Instrumentation, or Software development. Exceptionally bright and highly motivated candidates can be considered for regular staff positions.

Students with an outstanding academic record and an aptitude for instrumentation or software development can spend a few months in ARIES any time of the year. Students will work under supervision of one of the staff members in the Institute. Exceptionally bright students with engineering background can be considered for regular positions.

A few bright students in different semesters of the B.E./B.Tech./M.Sc. courses can spend 23 months in ARIES to work with one of the scientists in the Institute on topics related to Astronomy & Astrophysics, Atmospheric Sciences or Instrumentation.

ARIES organises summer school every year for 46 weeks. The school is aimed at providing introduction to Astrophysics and Atmospheric physics to young graduate students in their M.Sc./B.Tech programs. The school consists of lectures and a short term project The exact timings of these schools are announced via posters at major educational institutions in the country.

The observatory is open to public in the evenings for night sky viewing using one of the telescopes at the Institute. Visitors can also attend the slideshows and view the picture gallery describing celestial bodies. The timings of the show may vary according to the season. The details of the show can be obtained on the Institute contact numbers.

The event of a supernova explosion in the galaxy M74 recorded on February 6th, 2002 at ARIES. The event was related to the death of a star. 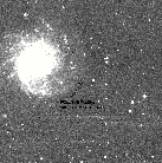 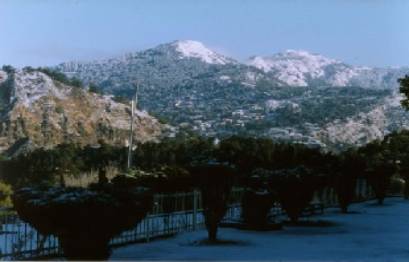