Students of College of Technology and Engineering, Maharana Pratap University of Agriculture & Technology, Udaipur have developed a natural polymer which has potential to absorb water multiple times of its own mass and releases slowly as per requirement of a plant.

It has received the first prize in carbon tech theme award the world’s largest green business competition organised by the Climate Launch Pad and Netherlands government. 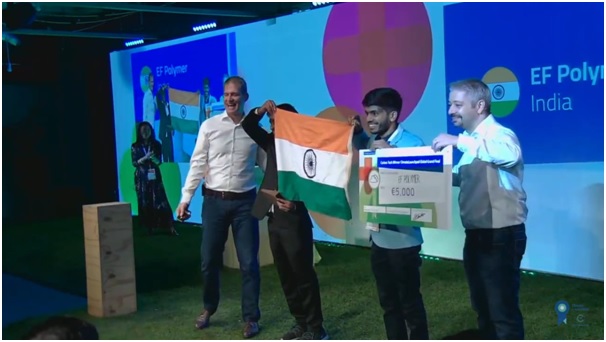 The polymer developed by Mr. Narayan Lal Gujar, students of Final year B. Tech. (Ag.) and his team made works as an anti-drought mechanism and reduces the water requirement of plants. It is completely natural and 100 per cent pollution free, thereby keeping the soil quality intact and naturally degrades into simple by-products. The polymer costs 80 to 90% less than other available SAPs (Starch and Acrylic Polymers). Manufacturing one kg of EF polymer saves 8 kg co2 and save 30 per of irrigation water.

The project was supported by the National Science & Technology Entrepreneurship Development Board (NSTEDB), Department of Science and Technology, New Delhi under NewGen IEDC programme, DST. 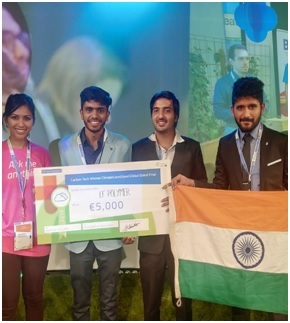 The work done by Mr. Gujar and his team has been appreciated at many a forum.  They secured 1st position in Rajasthan Education Festival, and was appreciated by Hon’ble  Chief Minister of Rajasthan Mrs. Vasundhra Raje, Hon’ble MHRD Minister Sh. Prakash Javdekar. 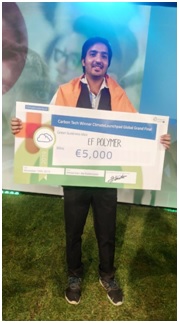 They are also the i3 2017 silver Award Winner, as most promising innovator, i3 KLU award, i3 UNIDO ITPO Bahrain Award, Jan Jagran Event and were selected for national level. Having secured second runner-up in event organised by Tie, Rajasthan, their work was also appreciated at Techfest 2017. They were also the Elixir winner held at IIT Bombay and Gandhian Young Technical Innovation Awarded at President House, New Delhi.