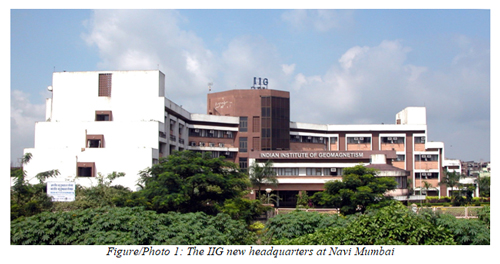 The Indian Institute of Geomagnetism (IIG) is one of the premier research institutions in the world equipped to undertake highly advanced and front-line interdisciplinary research in areas ranging from Geomagnetism to Solar-Terrestrial Interaction, Archeological exploration, Groundwater quality assessment, and other related research domains.

A major research focus of the institute lies in new methods of predicting earthquakes using latest scientific wisdom from many disciplines. Its CLAIMS programme is designed to eke out proxies to develop Integrated Earthquake Precursory Signals Systems.

The magnetic anomaly map developed by IIG, which sketches the local variations in the Earth's magnetic field resulting from differences in the chemistry or magnetism of the rocks, is perhaps the best of its kind. It has been generated using magnetic data acquired from ground, airborne and shipborne platforms.

The institute has also developed an Artificial Neural Networks model to predict the 3-dimensional state of ionosphere for any given location and time. The Artificial Neural Networks based global Ionospheric Model (ANNIM) predicts ionospheric dynamics and hence can help in radio communication (skywave and satellite) and broadcasting, over-the-horizon target detection, detecting and rectifying Global Navigation Satellite System (GNSS) positioning errors, and many more. 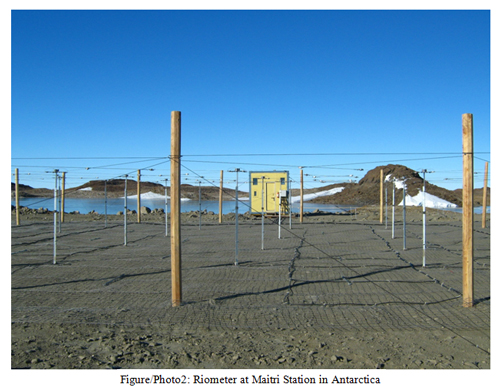 IIG, an autonomous institute of DST, has built a pan-India research apparatus and put in place state-of-the-art experiment facilities across the country as well as in Antarctica to decipher varied manifestations of the Sun-Earth connection. The legacy of IIG dates back to 1841, with the first magnetic observations recorded at Colaba meteorological observatory. Since then, the continuous magnetic field recordings from the Colaba-Alibag twin observatories form the world’s most historic and longest continuous magnetic field observations for 180 years.  In 1971, the observation and data collection entity of Colaba-Alibag magnetic observatories was transformed into a full-fledged autonomous research institution, the Indian Institute of Geomagnetism, with a mandate to promote, guide, and conduct research in all branches of Geomagnetism even spanning Space Plasma, Atmosphere, Seismology, Magneto-telluric, Environmental, and Paleo geomagnetism.

The institute, which celebrates its 50 years, has evolved into a global center of excellence in Geomagnetism through enduring contributions. It is also at the forefront of developing high-resolution magnetometers. Additionally, it offers calibration as well as consultancy services to various exploration, mapping, aviation, and defence establishments.

It is an opulent repository of knowledge gained from multiple disciplines, including research on the terra-firma, gaseous and ionized environments of our planet and the Sun. It has now attained the critical mass to take up new challenges pertaining to Space Weather and Coupled Lithosphere-Atmosphere-Ionosphere-Magnetosphere system (CLAIMs), having multidisciplinary linkages.