Indian National Science Academy (INSA), established in 1935 at Kolkata (now at New Delhi), catalyses and promotes science and is a body for promoting excellence in science through identifying, grooming and developing scientific talent and advising on science.

It has built a structure that catalyses thinking and evolves opinions on topical issues like higher education in science; women in science, and ethics, and promotes scientific temper. Bringing out documents on them provides the planners with reasoned, evidence-based perspectives.

Located at Bahadur Shah Zafar Marg, INSA is an academy and functions as an autonomous institution of the Department of Science & Technology (DST), Government of India.

Responding to the challenges thrown in by the pandemic, it has initiated several new programmes, some of them collaborative.  INSA Fellows contributed tremendously to tackling the pandemic working in their respective institutions. A White Paper on Covid-19 was published, and a Covid-19 Window for resource material was created on its website. Launching of Photo Film and Essay competitions on ‘Science through My Eyes’ and ‘Our Lives & the Sciences: During and After the Pandemic’ with the Science & Engineering Research Board (SERB) created considerable public interest and a series of webinars on Covid-19 and themes of contemporary interests was held to celebrate the Azaadi ka Amrit Mahotsava, programmes. The collaborative Contagion webinars were also a big draw. On one hand, INSA joined the national science festivals like IISF, holding curtain raiser events, and also teamed with international bodies to celebrate the ‘International Year of Basic Sciences for Sustainable Development’ in 2022 and joined other initiatives.

Promotion of Science through Identifying Talents

Fellows of INSA, elected based on the excellence of their work, include about a dozen Nobel Laureates as Foreign Fellows. Seventy awards (including INSA Medal for Young Scientists), medals and lecture awards, the schemes for senior scientists also go a long way in sustaining creativity and productivity in science. In a similar vein, INSA Teacher Awards recognize exceptional teachers.

Under a government mandate (1968), INSA has been the adhering body to International Science Council (earlier ICSU) and its unions, commissions and committees. INSA also represents India in all other international scientific fora and has formal MoU’s with over 50 academies, and conducts several scientist-exchange programmes. Interfacing India’s Science with global counterparts, it has played a key leadership role in developing new paradigms; IAP, TWAS, and AASSA being some of the key examples. It is reflected in the fact that over 100 Indian scientists have occupied important positions in various international bodies. The international awards in the memory of Jagadish Chandra Bose, Jawaharlal Nehru, PMS Blackett, and Dr. Vainu-Bappu also helps maintain global interaction.

A unique initiative of the academy, Indian National Commission for History of Science, chronicles landmarks of India’s science, technology, and emergence of scientific discourse since 1965. INSA’s over 30 publications on evidence-backed Indian science and memoirs include books like Aryabhatiya, History of Technology in India, Meghnad Saha: His Life and Persona through Letters and Writings, as well as a regular journal ‘Indian Journal on History of Science’.

In collaboration with other Academies, INSA catalyses thinking and evolves opinions on topical issues like higher education in science; women in science, and ethics. It is also involved in the Inter-Academy Panel on Ethics in science. Indian Journal for Pure & Applied Mathematics (INPAM) and Proceedings of Indian National Science Academy (PINSA) are two other prominent research journals by INSA.

INSA makes a conscious effort to identify and nurture scientific talent. Most of scientific leadership of India that participates in policy prescriptions is from among them.

With Science & Engineering Research Board, activities have been planned on Future Calling Initiatives, R&D Hotspot and Scientific Social Responsibility.

The Academy supports a large number of lecture-cum-interaction meetings for school/ college students in remote areas of the country, now also with some of the 16 local chapters. Under the Covid-19 constraints, INSA organised many webinars. Foreign Fellows’ Lectures have also been good draw, especially during the Covid-19 period.

Nurturing Scientists of the future

INSA identifies talented young scientists through the “Young Scientist Medal” early in their careers, and this prestigious award helps in motivation and growth. INSA has also created the INYAS (Indian National Young Academy of Sciences) to help early-career scientists to communicate and collaborate, thus energising the young scientists’ community.

As an academy, it plays a key role in enhancing the overall level of scientific research and science education in the country and promoting excellence in the field. 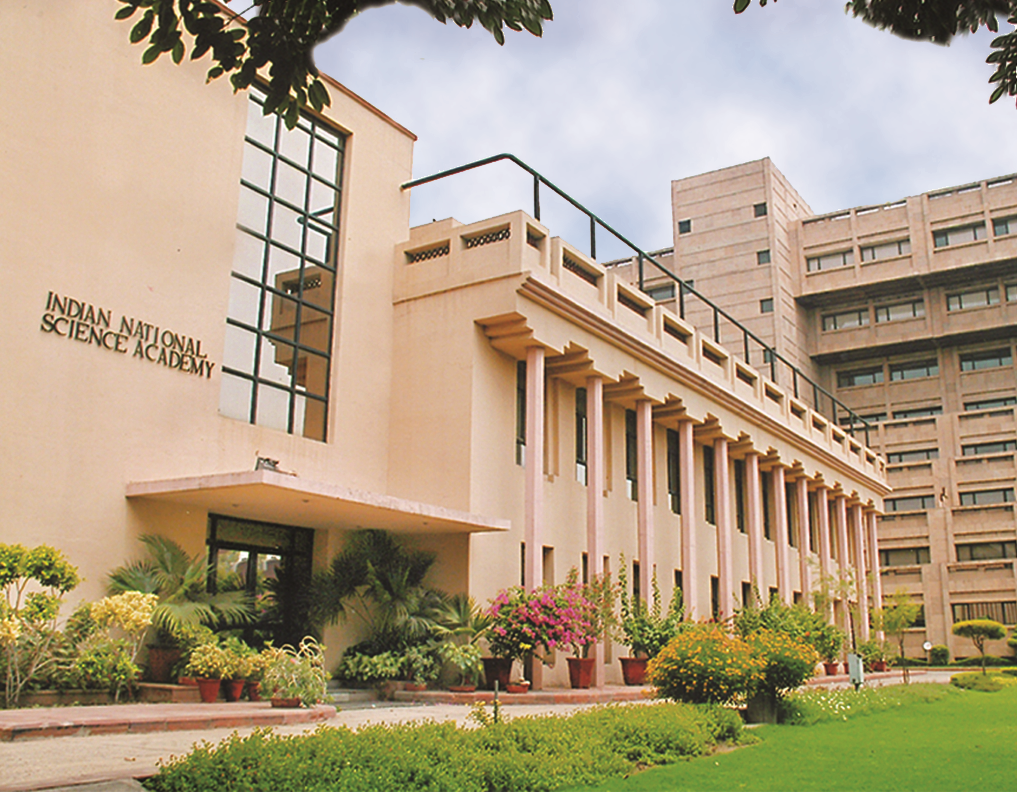