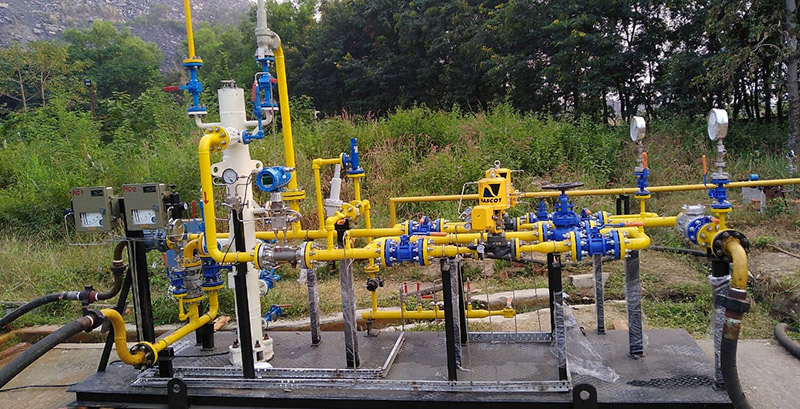 Coal is a valuable fossil fuel and is currently the major source of energy worldwide although its use is linked with growing levels of greenhouse gases in the atmosphere. Currently, coal fulfils almost 67 per cent of the total commercial energy consumed in India and is expected to continue to be integral to India’s economy in the next couple of decades despite the government’s ambitious plans to increase generation of renewable energy.

Although India has significant coal resources and accounts for the fifth largest proven coal reserves in the world, majority of these are located in environmentally sensitive geographical areas or at a depth that renders its exploration and extraction economically unviable. Therefore, there is need to explore options for utilising these coal resources to bridge the gap between energy demand and supply. 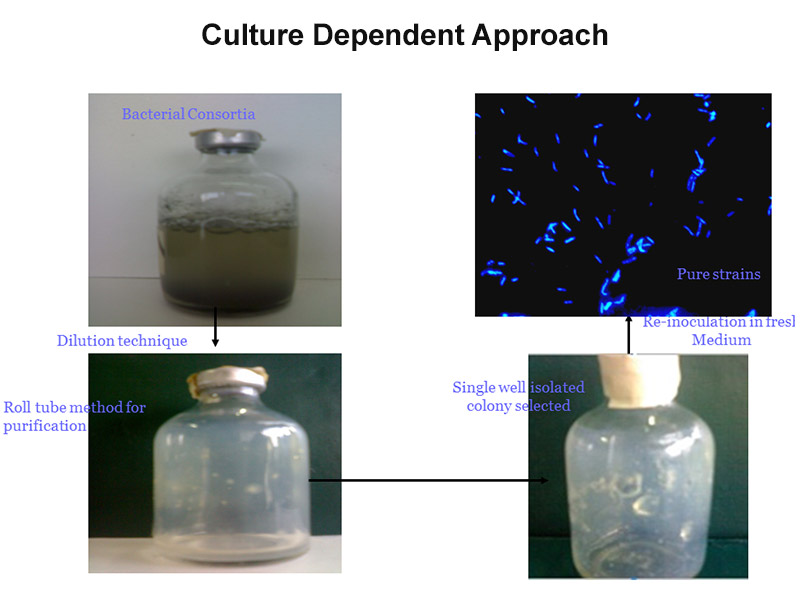 Coalbed methane (CBM) is an unconventional form of natural gas found in coal deposits or coal seams and now considered an alternative source for augmenting India’s energy resource. CBM is formed during the process of coalification – the transformation of plant material into coal. It is considered a valuable energy resource with reserves and production having grown nearly every year since 1989.

Coalbed methane is distinct from typical sandstone or other conventional gas reservoir, as the methane is stored within the coal by a process called adsorption. The methane is present as lining the inside of pores within the coal. The open fractures in the coal can also contain free gas or can be saturated with water. Further, unlike natural gas from conventional reservoirs, coalbed methane contains very little heavier hydrocarbons such as propane or butane, and no natural-gas condensate. It is called ‘sweet gas’ because it does not contain any hydrogen sulphide. The gas often contains up to a few percent of carbon dioxide.

In the past, coalbed methane was often the cause of numerous explosions in underground mines. In many cases, the gas used to be vented to the surface from underground mines, which was not only wasteful but also contributed to global warming, as methane is a potent greenhouse gas. It is only during the last twenty-five years or so that it has been realised that coalbed methane could be used as a resource. In fact, coalbed methane has emerged as a clean non-conventional source of energy to supplement the rising demand of conventional hydrocarbons. The estimated CBM reserves in India are about 2,600 billion cubic metres spread over 12 states. 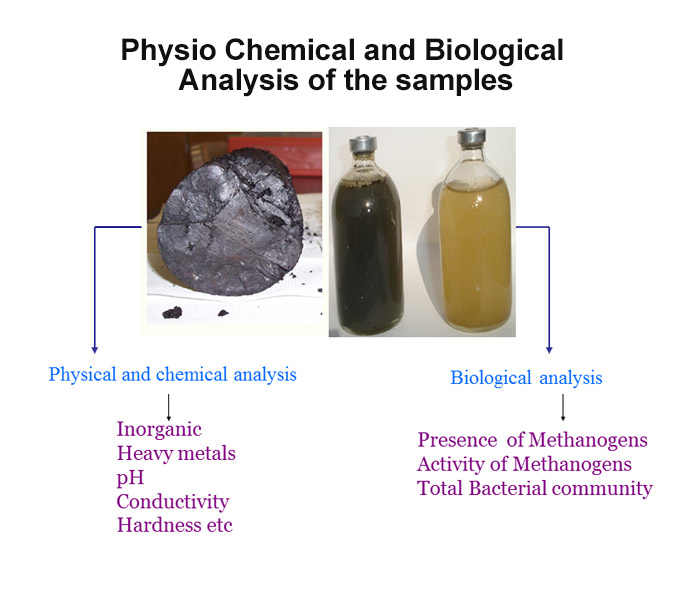 In coal mines, the methane is usually held in place by water pressure. Extraction requires drilling wells into the coal seams and removing water contained in the seam to reduce hydrostatic pressure and release adsorbed (and free) gas out of the coal. CBM can be recovered from underground coal before, during, or after mining operations. It can also be extracted from “unminable” coal seams that are relatively deep, thin, or of poor or inconsistent quality.

The poor permeability of coal seams makes CBM production a major challenge for extraction from the coal matrix. Also, the gas present in the coal seams depends on the type of coal and the quantity of gas present may vary depending upon the coal type.

In other words, CBM is at present a finite resource where in-situ gas is produced, and productivity tends to decline over time. Scientists say, microbial processes may be one of the promising approaches to generate biogenic methane in coal seam and thereby improving the productivity and delaying the decline phase. Methane generating bacteria (methanogens) can act on coal seams to produce biogas mainly comprising methane and carbon dioxide.

The Oil and Natural Gas Corporation (ONGC) initiated its coalbed methane (CBM) exploration programme as an R&D endeavour in 1995 in the Durgapur depression of Raniganj basin in West Bengal. It carried out an evaluation of India’s coalfields in 1997 and prioritised the coal basins of India as potential targets for coalbed methane exploration. This foresight of the company yielded fruit when the first R&D well in Jhariain Jharkhand yielded methane in September 1997.

In order to harness the CBM potential in the country, the Government of India formulated a CBM Policy in 1997 wherein CBM being natural gas is explored and exploited under the provisions of Oil Fields (Regulation & Development) Act 1948 and Petroleum & Natural Gas Rules 1959 administered by Ministry of Petroleum & Natural Gas.

Commercial production of CBM commenced from Raniganj coalfields in West Bengal in July 2007. However, commercial production of CBM still remains at a very nascent stage in the country. ONGC is currently operating in four CBM Blocks –Jharia, Bokaro and North Karanpurain Jharkhandand Raniganj in West Bengal. According to the Directorate General of Hydrocarbons, “The Gondwana sediments of eastern India host the bulk of India’s coal reserves and all the current CBM producing blocks. The vast majority of the best prospective areas for CBM development are in eastern India, situated in DamodarKoel valley and Son valley”. As per the 25th Report of the Standing committee on Petroleum & Natural Gas (2017-18) submitted to the Lok Sabha, the CBM production in India during 2018-19 was around 6.88 million metric standard cubic metres per day (MMSCMD) and is likely increase to 9.40 MMSCMD in 2021-22. 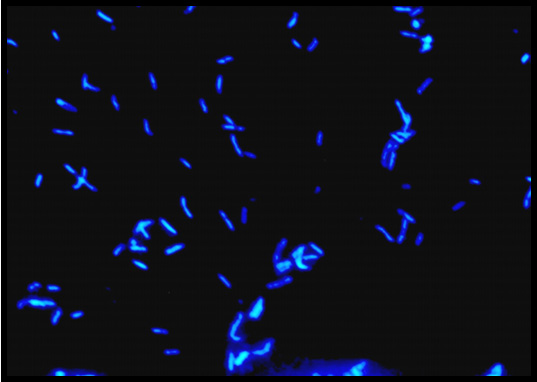 In 2015, ONGC Energy Centre (OEC) had initiated R&D work on biogenic methane in collaboration with TERI, for development of microbial processes to enhance the production of CBM wells. Field tests of the developed technology were carried out successfully in two depleted CBM wells in Jharia field in Jharkhand in collaboration with Bokaro Asset, ONGC, where 2 to 4-fold increase in gas production was observed. The microbial and stable gas isotope analysis data support the stimulation of microbial communities and in-situ biological gas production. The field experiments have demonstrated that there is many-fold increase in gas production and the enhanced activity of methanogens leads to enhanced methane generation in coal seams. In another development, OEC, under collaborative projects with Agharkar Research Institute, Pune, has developed specialised microbial culture bank with 124 methanogens and 52 hydrolytic bacteria for energy recovery from lignite deposits.

Encouraged with these results, under a DST supported project, microbial processes are now being developed for non-producing CBM wells with poor to marginal prospects and where no biogenic methane has been reported. After detailed laboratory investigations, the developed technology will be demostrated in two CBM wells of Bokaro field. Field equipment will be procured and installed at well sites for field tests.

Native naturallyoccurring microbes decompose coal into methane through a series of reactions. Kinetics of these decomposition reactions could be enhanced significantly through the injection of nutrients and genetically enhanced methanogens. In this context, methanogenic bacterial consortia have been enriched and nutrient medium has been designed specifically to stimulate the microbial community in selected CBM wells.

This technology may also be useful to recover energy from deeper and unminable coal seams as on an average, only 15-20% of the coal is recoverable. The unexploited reserves are in sizeable amount in the light of India’s total estimated coal reserves at around 319.04 billion metric tons(Source: Geological Survey of India). So, there is an opportunity to harness energy from unrecoverable and unminable coal resource in a cleaner and environment-friendly manner using microbial processes.

Compared to on-land oil and gas wells, the productivity of a CBM well is quite low (around 3,000 m3/day), which declines over time, although investments are comparable. So, if the productivity and longevity of a CBM well can be maintained or improved by microbial intervention, it could improve the economics and viability of producing gas from these wells/blocks. Moreover, these processes have a great potential and could provide a gaseous fuel which is clean and almost renewable, as large amounts of methane can be generated from small quantities of coal.The microbial routemay make it possible in future to extract non-extractable coal in the form of methane, which could make possible harvesting of hundreds of thousands of cubic metres of non-extractable coal/ligniteto meet the rising demand of natural gas in India.