Dark matter forms the skeleton on which galaxies form, evolve, and merge. Scientists investigating how the shape of dark matter halo affects the motion of stars in stellar bars (found at the centre of some galaxies) have found that out-of-plane bending events of the bar explain the shape of dark matter halos in barred galaxies. Out of plane bending of the bar in barred galaxies (central bar-shaped structure composed of stars) is a rare violent bar thickening mechanism known as buckling.

The trillions of galaxies in our Universe have different shapes and sizes, which are determined by the motion of their stars. Our own galaxy, the Milky Way, is a disk galaxy made up of stars moving in circular orbits around the center in a flattened disk, with a dense collection of the stars at the center called the bulge. These bulges can have shapes ranging from nearly spherical to as flat as the galaxy disk.  Milky Way has a flat boxy or peanut-shaped bulge in its center. Such bulges are formed due to thickening of the stellar bars in galaxies. One of the interesting and violent thickening mechanism is buckling, where bar bends out of the plane of the galaxy disk.  Many recent numerical and observational studies suggest that dark matter halos are spherical, prolate (a sphere squashed from the sides), or oblate (a sphere squashed from the top and bottom)   in shape. However, its effect on stellar kinematics in the bulges and bars of galaxies is not well understood.

In the current work led by Ankit Kumar, a Ph.D. student at the Indian Institute of Astrophysics, an autonomous institute of the Department of Science & Technology, Govt. of India, and co-authored by Prof. Mousumi Das of IIA and Dr. Sandeep Kumar Kataria of Shanghai Jiao Tong University, the team investigated the dynamical evolution of the galaxies using state-of-art numerical simulations at IIA. Their simulations demonstrate that bars in prolate dark matter halos undergo three prominent bar buckling (out of plane bending) events in 8 billion years which make them detectable for longer time. It is the first time that three-bar buckling events have been reported in any study. The boxy/peanut shape bulges, which formed as a result of bar buckling, are stronger in prolate dark matter halo, and the signatures of bar buckling are the most durable in them.  This work has been published in the peer-reviewed journal “Monthly Notices of the Royal Astronomical Society”.

“We have studied the effect of non-spherical dark matter halos on the shape of the disk galaxies by generating realistic mock galaxies and evolving them in time using the supercomputing facility available at IIA, Bengaluru,” said Ankit Kumar, the lead author of the paper.

“In our Universe, detection of the ongoing buckling events is very rare. To our knowledge, there are only 8 galaxies in the observations which are currently going through buckling. Our study suggests that most barred galaxies may have more oblate or spherical halos rather than prolate halos,” the authors added.

They explained that each event of the buckling thickens the bar further. During the first buckling, the innermost region of the bar gets thicker, while in the subsequent buckling events outer region of the bar gets thicker. Since the bar in prolate halo shows three distinct buckling events, the bar becomes the thickest in prolate halo. As a result, most strong boxy/peanut bulge formed in prolate halo.” said Prof. Mousumi Das of IIA. Dr. Sandeep Kataria pointed out that shape of dark matter halos is important for understanding halo spin, which is an area of research being studied by many galaxy simulation groups over the world. 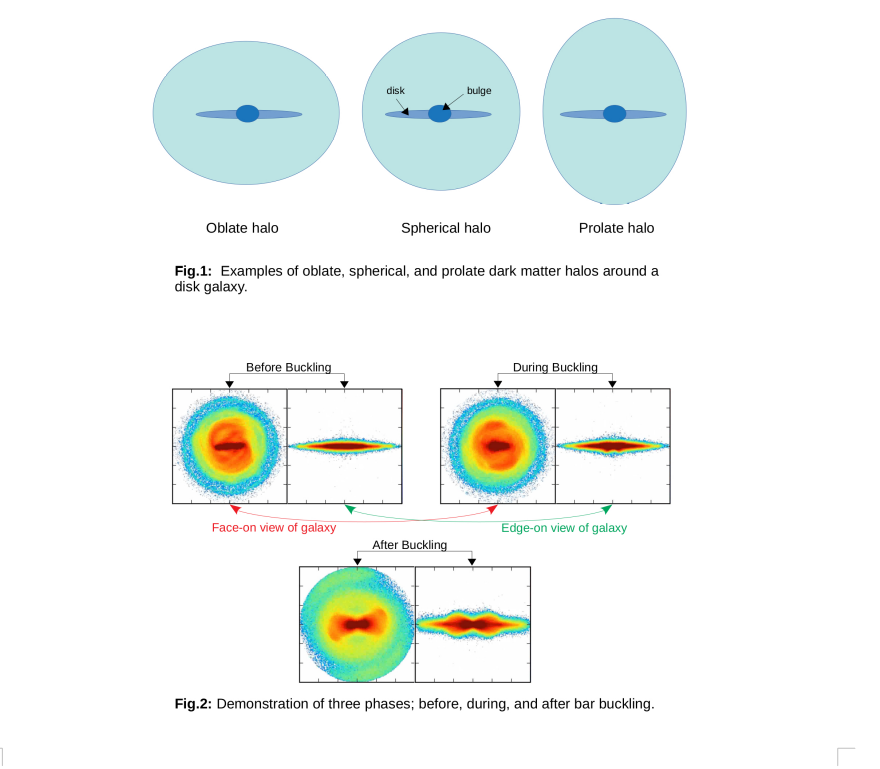 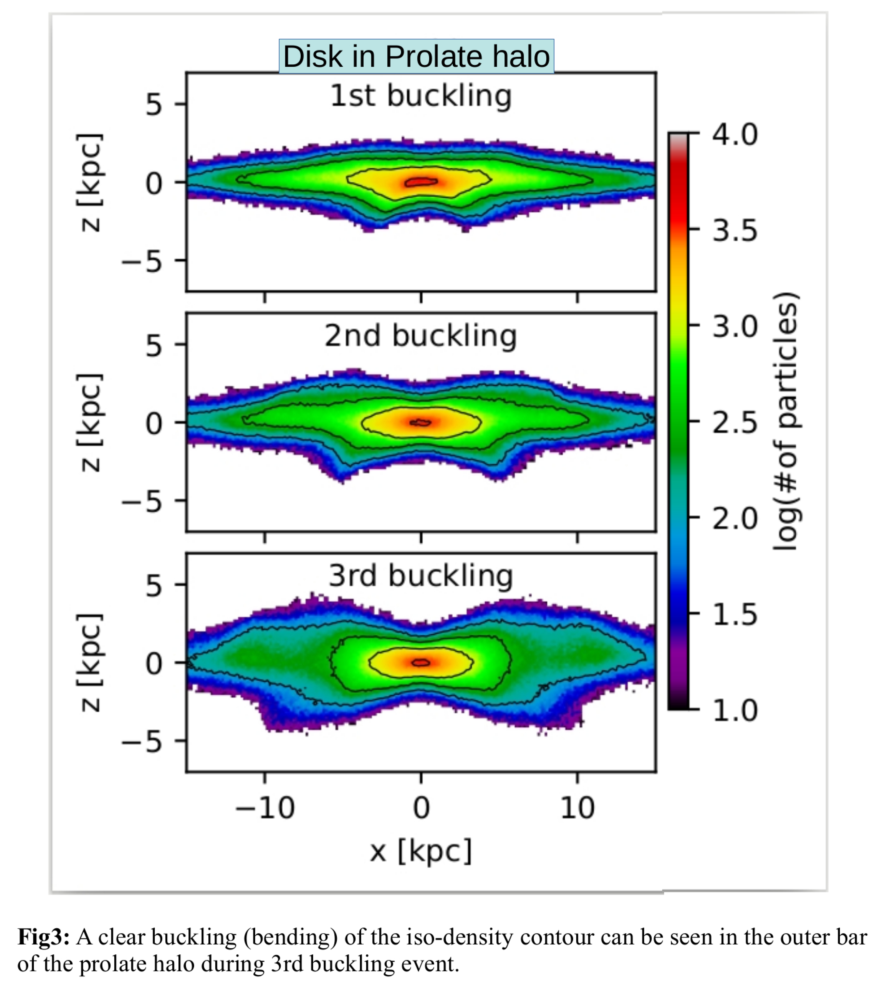