Researchers have developed a wheat variety, with excellent baking quality having soft and sweet chapatis. The wheat variety called ‘PBW1Chapati’ has been released at state level in Punjab for cultivation under timely sown irrigated conditions. 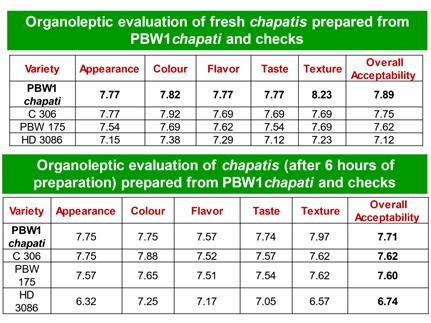 Chapati, a flat baked product prepared from wheat forms a cheap, primary source of protein and calories and is the staple diet in Northern Western India. The desired quality characteristics for chapati are greater pliability, puffability, soft texture and light creamish brown colour, slight chewiness with baked wheat aroma. Inspite of the part of daily diet, the modern wheat cultivars do not possess chapati quality traits. Besides, the main wheat breeding mandate focused on yield enhancement since green revolution, thus putting quality on the back seat. Tall traditional wheat variety C 306 has been the golden standard for chapati quality. Later, PBW 175 variety was developed by PAU and had good chapati quality. However, both these have become susceptible to stripe and brown rusts. The challenge now is to combine high yield potential and disease resistance and retains the actual chapati quality.

Taking up the challenge, the wheat breeding team from Punjab Agricultural University have developed a new variety using marker assisted selection for a linked stripe rust and leaf rust gene Lr57/Yr40 in the PBW175 background. They have retained the chapati making parameters by testing the segregating materials using various biochemical tests during development of the variety.

The development of end product specific and bio fortified wheat germplasm was earlier on the breeding periphery and it got a great push from Department of Science and Technology PURSE grant under the theme SWASTH BHARAT. It paved the way towards consolidating the various gene pools for different traits to develop a viable commercial product with a focus on quality breeding. Thus, it enabled a shift from productivity-oriented technologies to those focused on nutritional enhancement along with yield. Wheat lines emerging out of convergent crosses and possessing novel combination of high zinc, low phytates, high carotenoids, low polyphenols and high grain protein content have entered varietal pipeline. 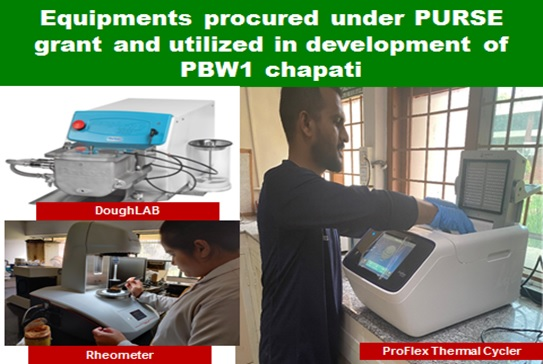 Supported by the Promotion of University Research and Scientific Excellence(PURSE) grant, the thermocycler machine was used to monitor the presence of a linked stripe rust and leaf rust resistant gene --- ‘Lr57/Yr40’ in the segregating generations and the final selected progenies. Equipment like rheometer (determine the flour viscosity) and doughLAB (determines water absorption of flour, dough development time and other dough mixing parameters) purchased under the PURSE funding helped carry out post-harvest quality analysis of the selected progenies. 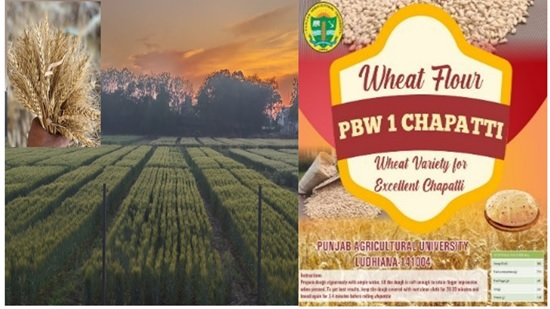 Until the release of this new variety, C306, released in 1965 had become a brand in itself and the farmers depended on this variety for quality inspite of it being susceptible to foliar rusts and lodging.  No other wheat variety before ‘PBW1Chapati’ has matched that quality standard of C306 and since last few years, Punjab consumer base had started shifting to MP wheats, advertised as premium flour and available at exorbitant prices. 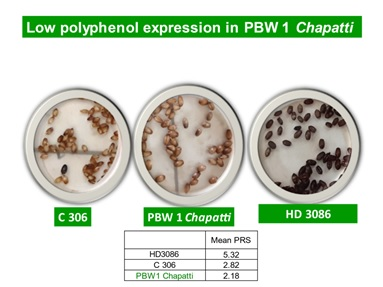 The variety ‘PBW1Chapati’ aims to fill this void at commercial level owing to good chapati quality, sweet in taste and soft in texture. The colour of the chapati is comparably white and it remains soft even after hours of baking. The variety may fetch higher prices when specifically marketed for its chapati quality.