Waste steam from industrial processes could be a significant source of power if the variability of steam pressure and flow can be corrected. A new technology developed by scientists has introduced a method of correcting such pressure and flow inconsistencies. This can save substantial power wasted in industrial processes in the form of steam, hence contributing to energy efficiency.

The Energy and Emission Research Group (EnERG) at IIT Madras, with the support of the Department of Science & Technology (DST), Government of India under the Clean Energy Research Initiative, has developed a steam expander (power generator) technology to correct irregularities in steam pressure and flow.

While many small steam engines exist in the world, the expander from EnERG lab can dynamically handle process steam and produce 25 – 50% more power output for the same range of flow and pressure conditions. An International Patent for the steam expander has also been filed by the Inventors Vipin Venugopal and Satyanarayanan Seshadri. 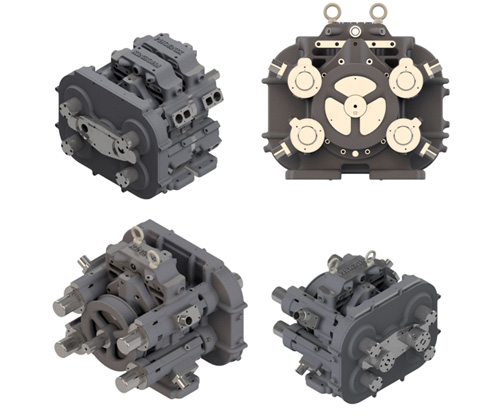 The new expander technology controls the port opening duration to regulate the mass flow through it, thus enabling the expander to operate at maximum pressure available at inlet for entire turn down. Conventional expander typically uses throttle governing for controlling the mass flow rate. This leads to reduction in admission and thus reduces the energy (energy that is available to be used) of steam prior to admission in expander. By adjusting the port opening duration dynamically by sensing the process load, the technology developed in EnERG lab completely avoids throttling ahead of admission for variable load operation and hence can maintain the efficiency of the expander for a wider range of turndown conditions.

In order to maximize the energy utilization of steam in the steam expander, admission volume is dynamically adjusted. This is achieved by changing the valve profile on the rotating inlet valve by moving it back and forth with the help of spline mounted cam (which is a 3D geometry providing smooth and continuous motion of the mechanism controlling the valve motion). The valve is in synchronous motion with the crankshaft by using timing gears. The operation of the valve is automated by using process pressure as a signal to a piston mounted on the backside of the valve.

About 15 GW of power generation potential is mostly untapped in process industries due to the use of Pressure Release Valve (PRV) for pressure reduction from boiler pressure to process pressure. This is almost equivalent to adding 75 – 100 GW of solar Photovoltaic installed capacity and available at a fraction of cost at Rs1.1/kWh. Incremental fuel consumption of the boiler is negligible, making this technology to reduce carbon footprint.