Researchers have found a solution for retrofitting old non-earthquake-resistant buildings with a technology that can prevent major damage to such buildings from earthquakes without compromising on their strength.

The technology called semi-confined unreinforced brick masonry (SC-URBM) can resolve the problem of spread of settlements in earthquake-prone areas with constructions that have been built without following earthquake-preventive building codes. 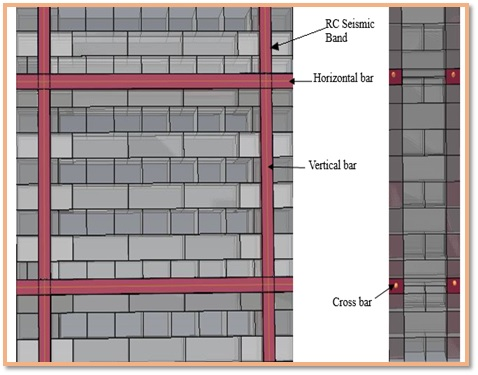 Historically, most buildings, technically called unreinforced masonry (URM), were not built using modern building codes. Thus they are much more likely to experience damage or collapse during an earthquake. URM buildings have traditionally been widely adopted worldwide due to inexpensive and locally available construction materials.

Just like in most developing countries located in earthquake-prone regions unreinforced brick masonry (URBM) has been a common practice in urban, semi-urban, and rural areas of India. Considering that major parts of India are under seismic zone III or above and most of the URBM buildings are old and structurally deficient, strengthening of URBM buildings located in earthquake-prone areas is extremely important.

Researchers from Indian Institute of Technology, Kanpur, have explored the extent to which retrofitting old buildings with SC-URBM technology can solve the problem. They found that SC-URBM can significantly enhance the energy dissipation capacity and ductility of the retrofitted building without compromising its strength. Hence such buildings would have resulting superior performance in comparison to URBM buildings during earthquakes. 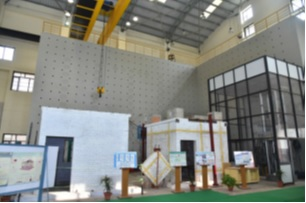 The idea of the technology emerged from confined masonry, an earthquake-resistant construction system where the masonry walls are built first, and the concrete columns and beams are poured in afterward to enclose (confine) the wall. SC-URBM technology has a similar concept but does not need to be implemented at the construction stage. It involves embedding of reinforced concrete (RC) bands through the partial thickness of the wall and can be implemented or retrofitted in old buildings.

The two buildings were subjected to a test called reverse slow-cyclic quasi-static loading protocol to quantify the improved seismic performance of the SC-URBM building compared to the URBM building. A Pseudo Dynamic Testing Facility (PDTF) for affordable experimental evaluation of earthquake resistance of full prototype structural systems developed with the guidance of Professor Durgesh C Rai under the Fund for Improvement of S&T Infrastructure (FIST) programme of the Department of Science and Technology (DST), Government of India was used for the tests. They proved that the technology provides better integral action of the confining elements and load-bearing walls to achieve enhanced seismic performance. The results were published in the ASCE Journal of Structural Engineering. 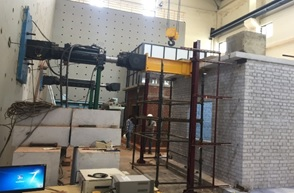 This technology for strengthening existing URBM buildings is not only architecturally aesthetic but can also be implemented easily by manpower available locally (masons).