Aeroplanes and machines use aluminium and magnesium alloys because of their strength and mechanical properties. However they need effective protection against rapid corrosion.

Researchers at International Advanced Research Centre for Powder Metallurgy and New Materials (ARCI), Hyderabad, an autonomous R&D Centre of Department of Science and Technology (DST), have found that like halloysite and montmorillonite which are environmentally friendly clay minerals with nanotubular and layered structures can be applied on Aluminium and Magnesium improving their corrosion resistance. Thus the coatings made out of such clay minerals can make the materials and the machines made out of them last longer.

The study published in Journal of Magnesium alloys, Journal of Coatings Technology and Research and Journal of Alloys and Compounds have evaluated and compared the anticorrosive properties of Environmental friendly hexavalent-chrome-free, corrosion resistant coatings on Aluminium and Magnesium alloys using chemical nanotechnology.

During the service of components made from aluminium and magnesium alloys, when these surfaces get exposed to corrosive atmospheric conditions, they get corroded which results in the loss of material with time. Hence, they are required to be protected before there is a huge loss of material.

Conventionally, paints are applied to provide a barrier of protection against corrosion. However, when the paint layer is damaged, exposing the substrate surface, the substrate gets corroded even more quickly. A typical practice is to apply a conversion coating on the alloy surface following which, a primer is deposited followed by a final paint layer, which may or may not have a top coat, as shown in Figure 1.

Organic-inorganic hybrid sol-gel based coatings are found to be potential replacements for chrome-based conversion coatings, both from the point of tuning the chemistry to achieve the desired property as well as from the point of amenability to deposit on large areas, as they have good adhesion with the substrate, intrinsic durability, flexibility, hardness to withstand mechanical stress.

Recently, researchers have been studying self-healing or self-repairing coatings, as they have the ability to automatically repair any damage such as scratch caused by the external force, thereby preventing corrosion of the underlying substrate, without human intervention. Corrosion inhibitors/monomers are encapsulated into nano-containers and dispersed into matrix formulation containing a suitable catalyst and coatings from this are deposited over metal/alloy substrates.

This newly identified method of encapsulating cationic corrosion inhibitors into clay nanotubes, identified by ARCI scientists can go a long way to make aeroplanes and machines made of aluminium and magnesium alloys more durable. 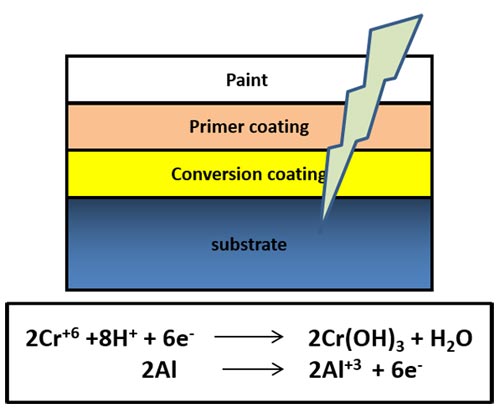 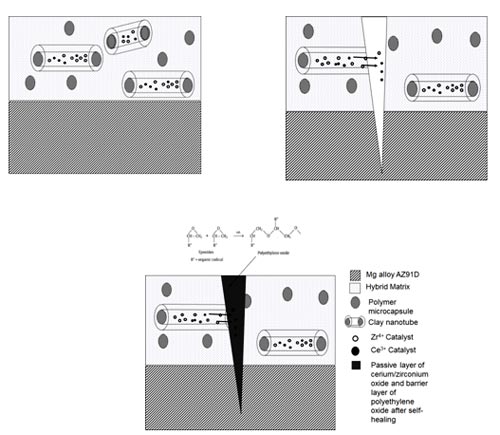