"However large may be the central Government's investment of energy and resources in the scientific and technological effort, it must take the states along if developmental goals are to be attained."

The state level machinery (State S&T councils) has to take the role of a major 'Prime Mover' while the centre could play a very catalytic and effective role in encouraging the initiative of state Governments.."

Assistance for Development of State Councils for Science & Technology

Compendium of the Annual Conclave of State S&T Councils

The initiative to establish State Councils for Science & Technology was first taken in 1971 when the then Minister for S&T and Chairman, National Committee for Science & Technology (NCST), Shri C Subramanam wrote to Chief Ministers of all the States stressing that irrespective of large investments of the Central Government in S&T in various sectors and institutional infrastructure, the Central S&T Agencies must take the States along if the development goals are to be attained. By the end of Fifth Five Year Plan, Karnataka, Kerala, Uttar Pradesh and West Bengal were the four States, who had established their State S&T Councils. While these few States responded to the idea of State S&T planning & promotion, it became clear that a sustained effort was needed to establish and develop the State Councils for Science & Technology.

As a result, the process of impetus for State level planning and Promotion of Science & Technology began in the Sixth Five Year Plan (1980-85) and continued through the subsequent Five Year Plans, primarily through this plan programme, formerly known as, "Assistance for development of State Councils for Science and Technology".

State Science & Technology Councils have been set-up in all the States and Union Territories. Several States have also formed a separate Department of Science & Technology. The State Councils are normally chaired by Chief Ministers of respective States or by an eminent scientist.

Department of Science & Technology (DST), Government of India (GOI), played a catalytic role by facilitating the State Governments in establishing and developing the State S& T Councils on S&T and by providing support for their technical secretariats. Concurrently DST (GOI), in collaboration with respective State Councils, organized all India thematic meetings/workshops whose recommendations helped identify activity-areas for promotion by the State S&T Councils. DST also organised periodic review meetings to discuss the status of various S&T programmes and to plan the strategy for future. Regional Meetings organised by DST facilitated review of state S&T structures and identification of areas of mutual cooperation between States.

On completion of 10 years of this programme, a Decennial Review was held to assess the strengths and weaknesses of this programme vis-à-vis DST's performance. This review indicated desire for a phase change geared towards programmatic support and strengthening linkages between State S&T Councils and Central S&T Agencies by suitably dovetailing various programmes of State S&T Councils with those of Central S&T Agencies.

It was also realised that these State S&T Councils, since their formation have now come of age to initiate a phase where resources in terms of expertise and technology promoted and generated by the Central and State S&T Agencies be pooled together to undertake joint S&T programmes.

DST's support has facilitated State S&T Councils to embark upon novel initiatives resulting in a number of success stories. The illustrations below are testimony to catalytic but effective role played in encouraging the initiative of State S&T Councils.

a highly successful and probably longest continuing programme aimed at encouraging students to use their talent for solving local problems and improving quality of higher education in engineering and sciences, streams. 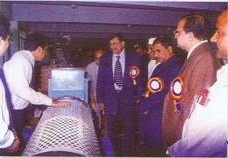 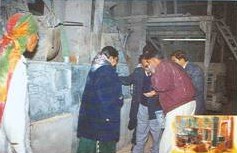 a technology for effectively utilising solar energy for day lighting and space heating purposes, successfully introduced and widely replicated through promotional as well as policy instruments. 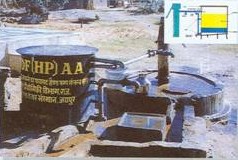 Development of Technology for degumming of Ramie Fibre (Assam):

an initiative that has resulted in generating income opportunities as rural ramie grower can now produce value added finished products.

State Science & Technology Programme has been playing a catalytic role to promote other State Oriented S&T activities of DST as well as other Central S&T Agencies. This has been done through, provision of manpower dedicated for the programme, providing forum for interaction between State S&T Councils and these programmes and organising thematic meetings to ensure focussed attention.

increase in the efficiency of use of natural resources of district through application of scientific management principles and its replicability throughout the state. NRDMS District Centres and programmes being implemented in various states. 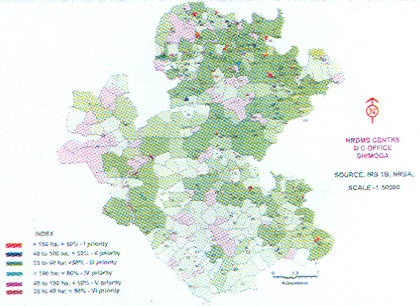 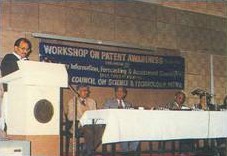 replication of technology models for-rural application as well as development of location specific need based technologies. to provide self-employment for S&T manpower and promoting S&T Entrepreneurship programmes in the States.

The beginning of Programme Support under the scheme in the Ninth Plan addressed itself to need felt during Eighth Plan to accelerate S&T activities at the State level so as to ensure integration of S&T for overall socio-economic development with special emphasis on Location Specific Research & Technology Development, Adaptation and Transfer, S&T studies/surveys and information exchange & experience sharing on specific S&T programmes. This impelled a pro-active approach by DST to have synergy of efforts. 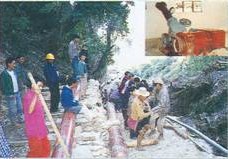 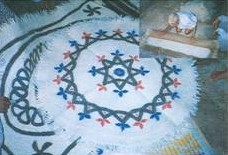 Replication of success models: support for replication of projects/ programmes in other interested States based on successful experiences of a State S&T Council/State S&T Institute/ NGOs etc. Package for Sustainable Transformation of Rural Areas (SuTRA) developed by Indian Institute of Science, Bangalore, proposed for replication at Rajasthan, AP and MP.

Information Exchange & Experience Sharing: support for meetings/ workshops and other means of information exchange and interaction of S&T experts and / or of S&T field activists etc, Workshops on dissemination of specific technology, Project/ programme formulation workshops. 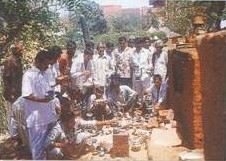 A Scene of Specialised Training on Glazed Terracota 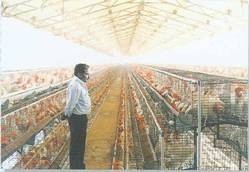 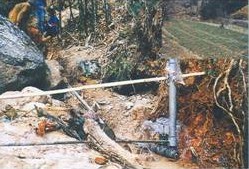 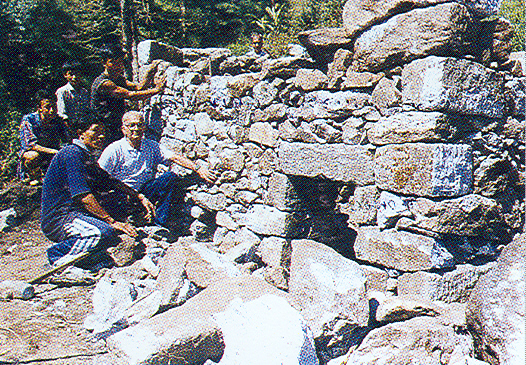 a scientific documentation of medicinal & aromatic wealth of Islands. While continuing the catalytic role in encouraging the State Government's initiatives, the department would launch certain programmes of importance identified through various consultations pro-actively. The department would strive to evolve and support certain joint programmes focusing on multi-sectoral area based approach to rural / regional development in co-operation with multiple State & Central Institutions, NGO's and State S&T Councils. These areas would be so identified where S&T intervention could significantly improve the existing socio-economic conditions. Demonstration and Field trials of socially relevant technologies would specially be encouraged. Interaction between State S&T Councils in similar ecological zone has been initiated and would be promoted further in future to facilitate joint S&T Programme formulation.

DST would welcome proposals having clearly established linkages of S&T to overall development of the state. The area identified should have potential to contribute in socio-economic upliftment of the people of state. DST encourages formulations of proposals through consultative process and interested organisations are welcome to discuss ideas, concepts, proposed activities etc. relevant to state needs.

Guidelines and Format for Submittion of Project Proposals