Indian Scientists, for the 1st time, have proposed an efficient way to induce a property called piezoelectric delta phase in polymer (PVDF) nanoparticles making it useful for applications in touch sensors, acoustic sensor, and piezoelectric nanogenerators.

Piezoelectric Effect is the ability of certain materials to generate an electric charge in response to applied mechanical stress. The delta phase of such piezoelectric effect, crucial for polymers and called delta polymer (PVDF), is less studied so far due to processing difficulties. In available methodology, piezoelectric delta (δ) – phase is induced in polyvinylidene fluoride (PVDF) film by application of very high electric field, known as an electrical poling process that limits its commercialization.

In the current work carried out by Scientists from the Institute of Nano Science and Technology, Mohali, an autonomous institute of the Department of Science and Technology, Govt. of India led by Dr. Dipankar Mandal, the team has made a device with PVDF nanoparticles which exhibits much superior piezoelectric response in comparison to the film counterpart. They have shown that by a simple approach, it can be experimentally induced.

“Our intention was to fabricate nanofibers by typical electrospinning process then one day we observed a powder-like deposition over the collector instead of fibre formation. Then we explored the deposited materials and surprisingly found the nanoparticles formations along with piezoelectric δ –phase.  Thus, in the systematic study, we found out that the delta (δ) phase in PVDF could be induced at lower electric field by our methodology,” added Dr. Mandal.

The scientists have achieved δ-phase in PVDF nanoparticles at lowest possible electric field till date --- 103 times lesser electric field than the conventional method. This makes the finding more convenient for application-based commercial technologies. This work has been published recently in the journal ‘Applied Physical Letters’.

“The new method not only provides an excellent way to induce the piezoelectric δ-phase in PVDF under lowest possible electrical field till date but also enables controlling the morphologies of the nanostructures in a single step process. So, this work would open up possibilities of use of nanotechnology in this field and would open more possibilities to explore further on the application of the delta phase, which was earlier stuck due to requirement of higher electric field. In addition, it was limited to only film-based samples. So, we would score it 10/10 in terms of novelty and existing technology that we proposed,” said Dr. Mandal.

The application-based possibilities were earlier due to the requirement of high electric field. Moreover, the applications were limited to film-based devices. The current findings go beyond this and explore this phase with the new processing technique at room temperature as well as different nanostructures fabrication of this phase.

The high acoustic sensitivity of the device also indicates the detection ability of acoustic noises, speech signals, respiration motion, thus widening its technological applicability. Besides this, the INST team also noticed anti-fibrillizing effect when the δ-phase comprising PVDF nanoparticles were utilized, which is very essential to protect the diseases like Alzheimer creating opportunities for emerging futuristic applications in the health care sector. 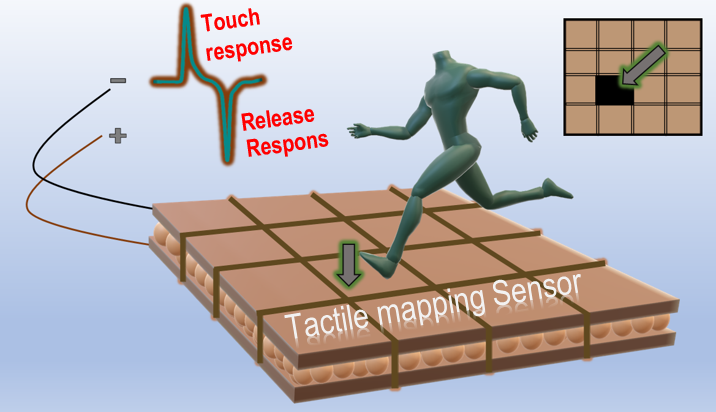 For more details, Dipankar Mandal (dmandal[at]inst[dot]ac[dot]in) can be contacted.