Artificial Intelligence and machine learning may soon be used to develop indigenous technology for prediction and control of vapor explosion-induced accidents in boilers so as to prevent incidents like the Muzaffarpur, Bihar boiler blast that claimed the lives of at least seven labourers.

A staggering 23,000 boiler accidents have been recorded worldwide over the past 10 years, wherein India alone accounts for the 34% of global deaths.

In order to address this challenge, Rishi Raj, an Associate Professor in the Department of Mechanical Engineering, IIT Patna, and a recipient of this year’s Swarnajayanti fellowship instituted by the Department of Science and Technology (DST), Government of India, is working on a novel technology utilising Artificial Intelligence/Machine Learning to develop prognostic tools for advance prediction and control of vapor explosion induced accidents in boilers.

Prof. Raj recently demonstrated that the acoustic fingerprint associated with bubbles may be instrumental in decoding the science of boiling. The thermal and optical characterization strategies represent a two-dimensional map of the actual three-dimensional boiling phenomena. In comparison, the sound of boiling imbibes statistically rich and temporally resolved information of bubble activity. To this end, his research group has developed an acoustic emission-based deep learning framework which enables advance prediction of boiling crisis to mitigate thermal runaway induced failures in boiling-based systems.  Boiling crisis or very vigorous boiling or formation of bubbles is dangerous for applications due to sudden increases in pressure and temperature.

Professor Raj now proposes that with support of the Swarnajayanti fellowship, he will visualize the bubble behaviour in terms of size, number density, and frequency of bubble formation and couple it with sound and thermal (temperature) data to get to the root of the problem and explain the physics of the phenomenon.

The eventual goal is to identify the dominant bubble activity features to develop a physics-informed tool for the advance prediction of boiling regimes using a single acoustic sensor (hydrophone). Such a tool may then be deployed to invoke pre-emptive control of vapour explosion-induced accidents in industrial boilers.

In this regard, he proposes to demonstrate a feedback control strategy to initiate auxiliary cooling units to avoid undesired thermal runaway in an existing 30 kW fire-tube boiler installed at IIT Patna. Additional demonstrations will include complete mitigation of sudden increase in temperature from a few hundred to above thousand degrees (thermal runaway) observed during boiling crisis in challenging scenarios of boiling in space-based zero-gravity conditions and to develop smart thermal management solutions for miniaturized electronic devices. Such sudden and large increase in temperature usually results in pressure increase or meltdown of metallic components leading to leakage and explosion or other accidents.

The progress made as a part of this project is not only anticipated to advance the science of boiling but is also expected to accelerate the implementation of modern prognostics and health management tools in existing boilers. Improved safety due to the modernization of boilers, higher productivity due to reduction in downtime, and optimal usage of energy and water resources are together anticipated to address important sustainability challenges. 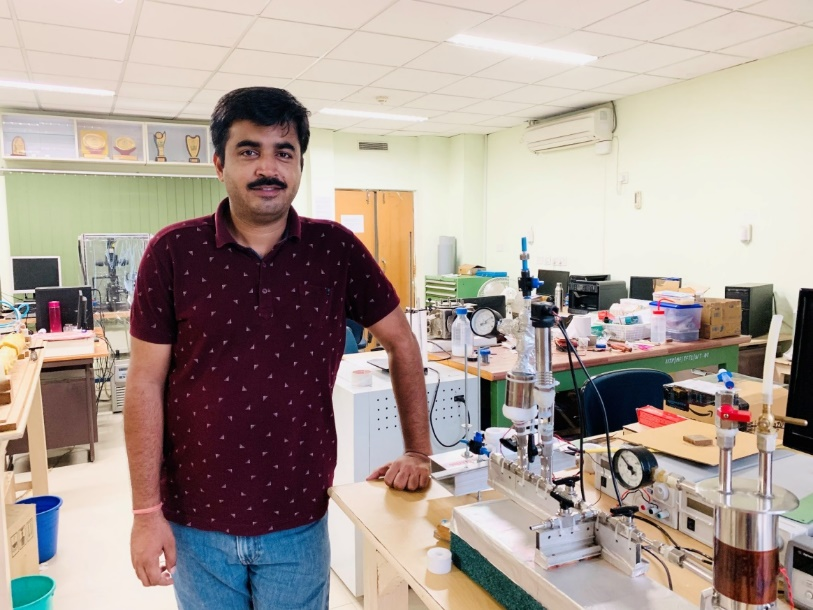