Shamik Banerjee, a theoretical physicist working in the Institute of Physics (IOP), Bhubaneswar, and a SwarnaJayanti fellowship awardee of 2020-21, seeks to understand the origin of the universe and probe into what happens at the centre of a Black Hole by unraveling the symmetries of quantum theory of gravity.

Einstein’s general theory of relativity, which describes gravity, is a classical theory. In everyday life, where gravitational force is very weak general theory of relativity works wonderfully and has made enormous number of predictions about the large-scale structure of the universe, which have been experimentally verified. However, at very short distances of the order of 10−35 m, for example, in case of sizes far smaller than the atomic nucleus, classical theory of gravity breaks down. This is because quantum fluctuations in the space-time geometry become important.

So a broader framework is necessary. But it is very unlikely that the standard model of elementary particle physics, which is a quantum theory, can be successfully merged with a theory of gravity which is classical. So gravity needs to be quantized.

For more details, Shamik Banerjee (bshamik[at]iopb[dot]res[dot]in) can be contacted. 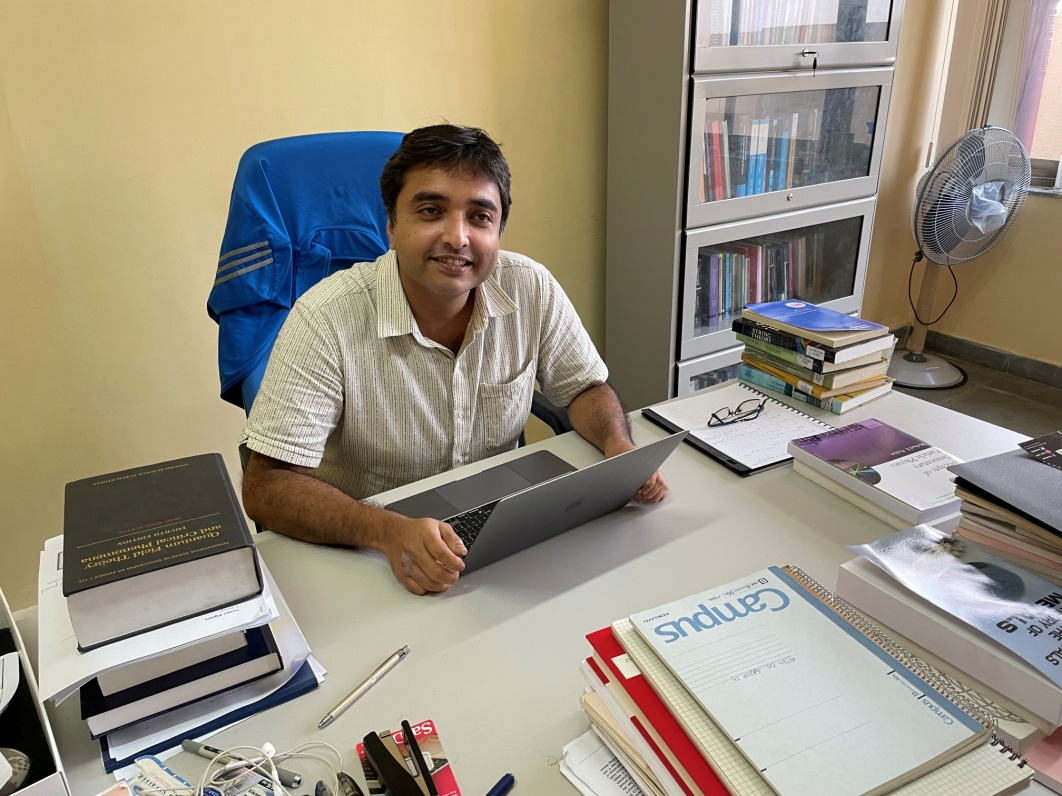